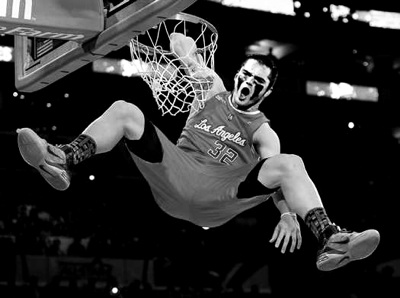 As I sat on my couch with a bag of hydrogenated snack food and a tall glass of chocolate milk, I stared at the TV, puzzled. Julius Peppers, ferocious defensive end for the Chicago Bears, was lining up in his stance and bursting off the line of scrimmage as usual, but instead of rounding the corner and burying his noggin in Peyton Manning’s chest, he was pulling up and playing an oversized version of patty-cake with the offensive lineman before him. Instead of bombarding the offensive line with a relentless pass rush, DeMarcus Ware of the Cowboys instead dropped nonchalantly into coverage, and congregated to the ball with the rest of the defense to softly wrestle the ball carrier to the ground. What was this madness? What could possibly prevent such finely tuned athletic machines from unleashing their inner demons upon the opposing backfield?! Oh right…this is the Pro Bowl we’re talking about.

Such is life when it comes to All-Star games; the elite players of the league are selected to show their skills against the best of the best. But when gametime rolls around, the spectacular play that landed them in their swaggy All-Star jersey never seems to fully emerge. Granted, there are rules put in place for the safety of the players that slow the game (i.e. no blitzing in the Pro Bowl) and I understand that the risk of injury and losing a multi-million dollar contract outweighs the benefit of winning an All-Star game. But watching Robert Mathis restrain himself from blasting a quarterback into oblivion is like watching a caged tiger try to get exercise at the zoo. The stakes need to be higher, the stage needs to be bigger and they need to keep coming up with cool gimmicks that will keep guys like me happy.

Don’t get me wrong, I’ll watch an All-Star game from start to finish for many reasons. First and foremost: the swag. The best of the best have to look like the best of the best, and that means getting decked out in unnecessary accessories to compliment the red white and blue jerseys. Second: All-Star Cheerleaders. No more need be said there. Third: All-Star related festivities. These include but are not limited to: NHL goalie racing, the Home Run Derby, and the Slam Dunk Contest.

I didn’t watch the dunk contest this year, but I saw Blake Griffin’s slam on Sportscenter. Needless to say the man has skills. I don’t know when you would ever need to jump over a car during a game, but watching Griffin fly over the hood of that conveniently placed Kia got me thinking that I should lace up the ol’ basketball sneakers and give it a shot. However, after parking my mom’s Camry in front of the hoop in my driveway and remembering my vertical, I reconsidered. I’ll leave the discreet endorsement of a sponsor through highly publicized dunk competitions to the professionals.

Mini-games aside, the All-Star games of the major professional sports have a certain uniqueness to them. In the majority of the major All-Star games, the teams are divided by region or conference, but in pro soccer in recent years, the MLS All-Stars have played an international club team, typically from the British Premier League. In hockey, it’s a little different. Instead of the traditional East vs. West matchup that was standard in past years, they went old-school on us, and had the game pick-up style, with two of the veteran players as captains who picked teams from the alloted group of All-Stars. When I saw that the NHL had switched up their All-Star style, it blew ma mind.

The Midsummer Classic is the only All-Star game with a true impact on the rest of the season. Since 2003, the winning division of the MLB All-Star game takes home field advantage in the World Series. As we saw firsthand this year, because the National League won the All-Star game, the Giants had the first two games of the World Series at home, and in both games they were victorious.

This is the direction All-Star games need to be moving in. When something like homefield advantage is at stake, players are more likely to play their best: to show why they were chosen to be there.  Let us not forget one of the defining teams in the history of American sport: the 1980 U.S. Hockey Team, which was composed of a group of college players instead of professionals from the NHL. The miraculous team of 1980 used team chemistry and heart to defeat the juggernaut Soviets in the semis, and Sweden in the finals. All-Star games should demonstrate the grit and determination of young players trying to prove themselves on a big stage, while also showcasing the established veterans’ love for the game. With the innovations that the leagues seem to be coming up with, its a step in the right direction. And hey, even if it’s not a ferocious battle for the ball on All-Star weekend, I can still eat my Cheetos and hold on to the hope that Justin Bieber gets swatted in the celebrity basketball game. 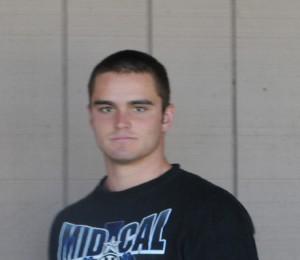