In dramatic fashion this Thursday, Ralph Nader proposed a “de-professionalization” of college sports by means of eliminating all athletic scholarships.  Nader’s statement was clearly a well-calculated political move, dropped in the midst of college admissions decisions and March Madness.  It was also  classically Nader, who always seems to pop his head into the fray at the perfect time to stir up a nationwide controversy.

Nonetheless, this recent turn of events brings up the hotly debated question in today’s America about how we are to reward young talent.

Athletic talent is no different than academic talent, or than being a world-class opera singer for that matter.  Why then, should the incentive for working hard in sports be taken away from hundreds of thousands of aspiring athletes?

Perhaps the most poignant example of this issue is found in inner cities and low-income neighborhoods around the country.  For thousands of young athletes, a sports scholarship is the only opportunity for self-advancement in an uphill struggle against poverty.  Over the years, athletics have created countless valuable lives, making productive members of society out of those who might have otherwise languished in want.

Ralph Nader and his coalition may argue that post-athletic lives are being ruined by the overly professional nature of college athletics.  This is a problem, yes.  But for every dumb jock who majored in remedial basket-weaving, so sure was he of his ascension to the pros, many more men and women have used athletics to pull themselves up by their bootstraps.  And last time I checked, Ralph, that was kind of the point of America…

There are other factors at play here: the huge sums of money that college athletics bring into their schools every year and the pressure to go pro before finishing a college education to name two key ones.

Firstly, the argument that colleges ought to be exclusively academic institutions is an outlandish fantasy.  Athletics attract so much attention and bring in so much revenue for schools that they reasonably must factor into the scholarship programs there.

As for the “professionalization” issue, it is true that kids at younger and younger ages face difficult decisions of where to go to college and whether academics or athletics will be their priorities in life. But simply removing opportunities for success to remedy this issue is like shooting someone in the head to cure brain cancer.  Shifting the focus back towards the “student” portion of student-athlete life is surely a better idea than taking away the opportunity to be either.

And I don’t know about you, but I’m not too excited to watch a batch of trust fund babies hoist threes all March… 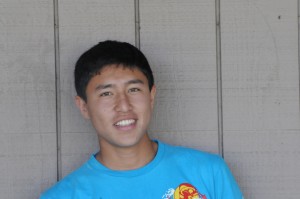 Dustin is a senior columnist at The Viking.  He enjoys bass fishing, competitive typing, and a good pair of slacks. Dustin has had a string of unique...