Column: can the SF Giants take the World Series a second time running? – The Viking Magazine

Column: can the SF Giants take the World Series a second time running? 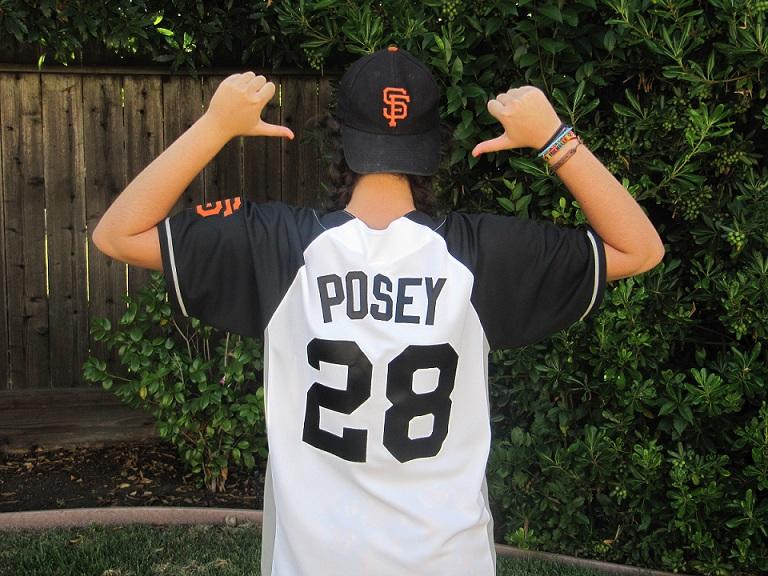 Michelle Friedlander ('13) poses in Giants gear, hoping that the 2010 World Champs can make it to the playoff season this year.

On Nov. 1, 2010 in Arlingotn, Texas, the San Francisco Giants beat the Texas Rangers with a final score of 3-1 giving the Giants their first World Series Championship title in over 50 years. But after a year of changes in the line-up and different mindsets, can the SF Giants do it again, or was it just a one-time shot?

Coming into the World Series, the Giants were the underdogs against every team they played. Throughout most of the 2010 regular season, the Giants remained around the middle of the standings in the National League (NL) West Conference up until June or July when they began to make their way to the top.Still, the question stands, what made them rise to the top after about five years of being on the bottom?

The Giants had a good defense with a great pitching staff, maybe even one of the best in Major League Baseball (MLB). Their good offense came from the ability to hit well when needed and to hit crucial home runs.This year, however, the Giants don’t have a huge home run factor and frankly they don’t have those clutch hits to score. Their fielding and pitching is still good, but neither helps a team get past home plate. In 2010 top hitters like Buster Posey, Aubrey Huff, and Freddy Sanchez brought in runs, which the 2011 Giants cannot seem to do.

But what happened to this amazing team that made them lose those runs? Of the top seven hitters of 2010 (Aubrey Huff, Pablo Sandavol, Andres Torres, Juan Uribe, Freddy Sanchez, Buster Posey, Pat Burrell), only one is left available for the whole season so far: Huff.

This doesn’t mean that other players such as Nate Shierholtz or Cody Ross haven’t stepped up to fill those shoes. The Giants have brought up many good players from the Minor League such as Brandon Belt and Ryan Vogelsong, and even bought a couple new players since then such as Carlos Beltran, but still, in last place for number of runs and third to last in number of hits, there’s something missing.

“We were sitting good and we know it. We’ve stumbled here a little bit,” Bruce Bochy, manager of the SF Giants said in an interview with MLB Network’s Bob Costas. “Our offense has left us, our defense hasn’t been so sharp, we lost our mojo a little bit. We have found ways to win those tied games and we’re finding ways to lose them right now, so we need to get that back.”

Whether it’s getting in more runs or tightening in the defense, the Giants need to do something to turn around the 2011 season.

“Its not going to be easy this year, we’ve dug ourselves a little hole, but not too deep of a hole so we cant get out of this, but it will be tough,” Bochy said to Costas.

So can the Giants take the World Series again this year? It’s not realistic considering their struggles so far, but that doesn’t mean we can’t keep our hopes high and our fingers crossed for the few games that remain.

One Response to “Column: can the SF Giants take the World Series a second time running?”

Column: can the SF Giants take the World Series a second time running?