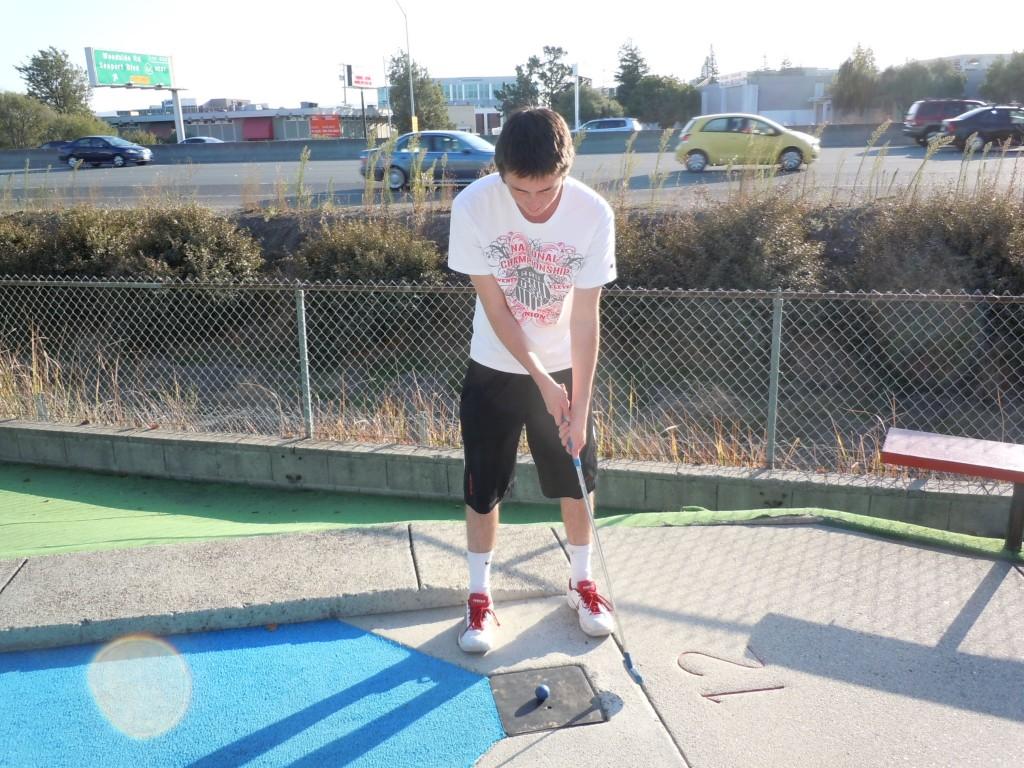 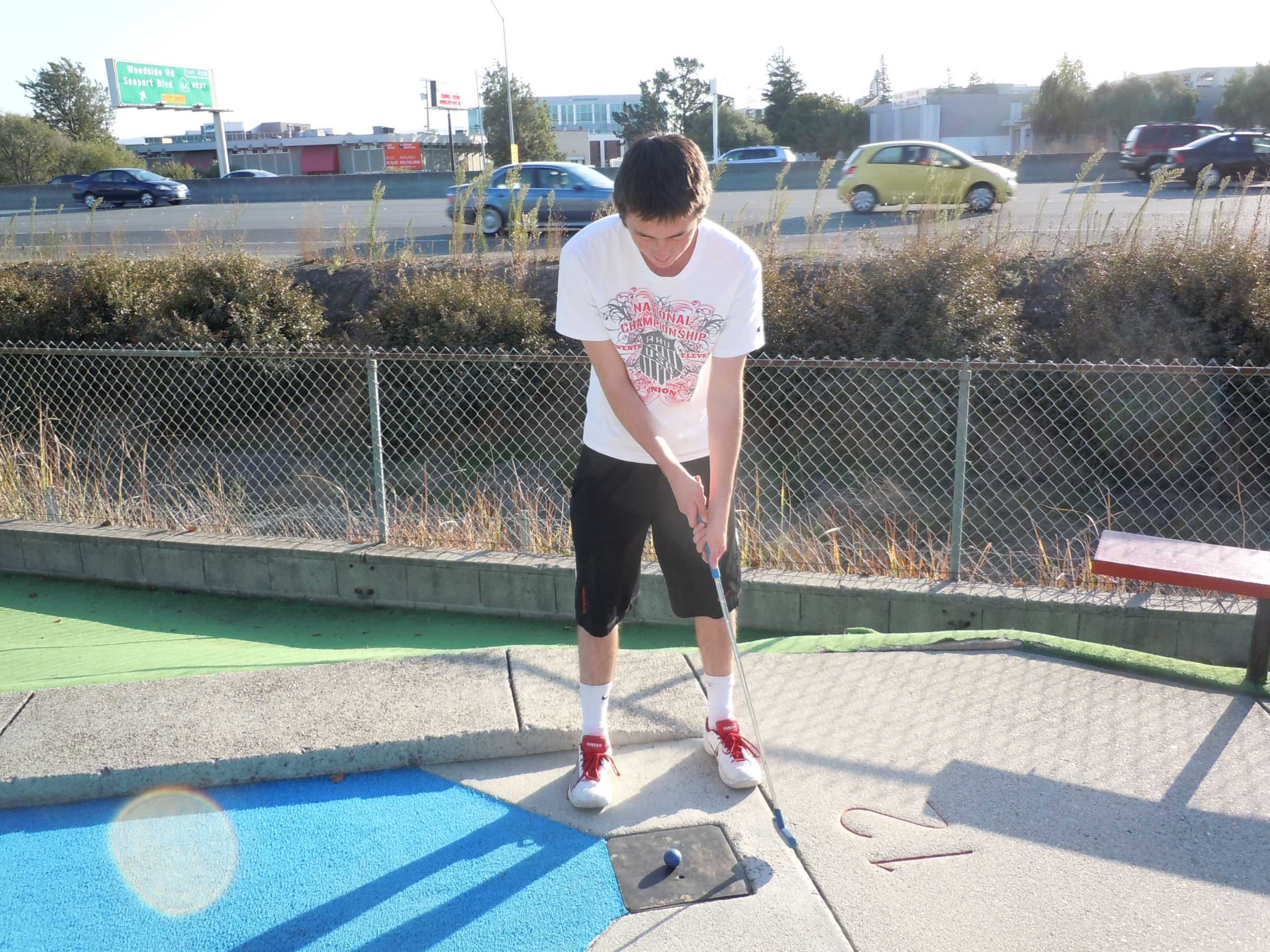 As Viking business manager Kevin Kannappan and I trekked to Malibu in Redwood City, I was eerily reminded of six year olds and their birthday parties filled with screaming children.

But Malibu is is more than just that. Obviously. Because none of us are six, my birthday isn’t for another couple of weeks, and our voices are still somewhat hoarse from the previous weeks’ spirit rallies.

We started off with mini-golf. And, as my movie-watching self reminded me, this is like a miniature version of Caddyshack except without Chevy Chase or Bill Murray. That being said, we had a grand old time, complete with Kannappan racking up insane numbers of putts on the 7 hole, a classic Kannappan move. If you’re Facebook friends with him, check out his tagged photos. And laugh.

Before we made our way over to the Grand Prix side, we weren’t about to pass up a chance to hit up that arcade basketball game, skee ball or any of  those classic arcade games that give you like two tickets for a high score. It was classic. You also can never resist that temptation to go in big for that one game that says “Here! 25 cents and you could win 250000000000 tickets if you knock over the dump truck.” And no one can ever knock it over. Good one.

As the only person in attendence who hadn’t obtained their driver’s license, you can imagine that I was subjected to quite a bit of ridicule. And not only that, but I couldn’t even drive the Grand Prix cars. I had to drive the lowly turbo car, which for a reference point, is basically the lame ones you get to ride at Autopia in Disneyland. (I should mention here that while, yes, I am the youngest, I am also the tallest. So…eat your heart out Kevin.)

But, he didnt know how apt I am in Need for Speed. At home, I’m on that Logitech MOMO Racing wheel hype and on the iPod, I do work. Just ask Max Siegelman (‘12). I played that game ALL DAY driving to and from JV basketball games sophomore year. And he thought he could beat me…foolish. So yeah. while he may have the actual experience driving, he has nothing on my virtual racing experience. And….I’m sure you can guess which prior experience did better on the track.

All in all, it was a pretty liberating day. You might think that Malibu is childish and stupid. And it very well may be. For high schoolers that is. But thats the fun of it. Like, yeah, you may feel somewhat stupid putting an inane amount of times on a mini-golf course. You as a high schooler, though, can probably get over it. At least a little bit moore than a kid who is turning six and wants everything to go right that day. So. Do it Paly. Hit up Malibu one time. Its an extra fun experience and brings you back to the good ‘ole days.