Locked out – The Viking Magazine 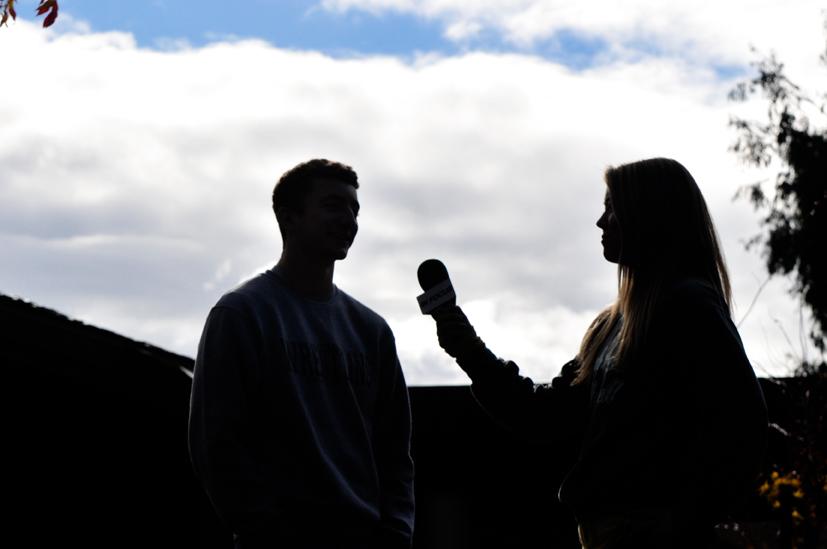 In April of 2011, female reporter Tara Sullivan of The Record, a daily newspaper based in New Jersey, was denied access to a locker room for an interview after the Masters golf tournament in Augusta, Georgia. Several male reporters were granted access, but because Sullivan was a woman, she could not enter.

For example, take Ines Sainz, a reporter for Mexico’s TV Azteca. While working on a story about New York Jets quarterback Mark Sanchez in September of 2010, Sainz got footballs thrown in her direction by coaches and was harassed throughout the whole day, especially about entering the Jets locker room, all because she is a female reporter.

As a solution for the problem regarding equal locker room access for all reporters, some people believe that all reporters should be banned from locker rooms. Though this would make everything fair and equal, reporters need the option to enter locker rooms for various reasons.

As a female reporter, if I was denied access to locker rooms, I would miss the moment when an athlete expresses extreme emotions. This may be crucial to my story and without access to the locker room, I would most likely not be able to fully capture an event. Not only that, but without locker room access, I could very well miss an important deadline for a story. This ends up hurting fans because without locker room access, less stories will be written and fans will have less material to read and watch about their favorite athletes and teams.

As a female reporter, it’s insulting when people say that women should not have access to locker rooms because it’s inappropriate for women to enter male locker rooms. 1924 marked the first year that a woman had a full-time job as a sports columnist. About 56 years later, the first female reporter gained access to a male locker room. Women have had to fight very hard to be taken seriously as reporters and to get equal access and opportunities, and no female reporter would jeopardize losing those equal rights by acting in an inappropriate manner. Furthermore, there is no place for inappropriate conduct to happen in locker rooms because athletes are not only fully dressed in all interviews with the media, but the interviews do not take place near the showers or bathrooms.