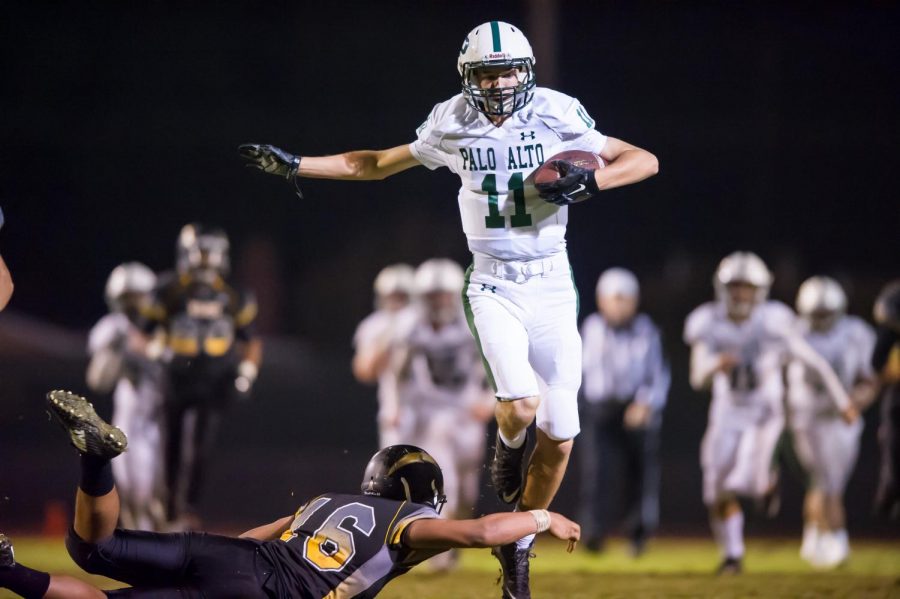 It’s a Friday night, the lights beam down onto the football field, the stands are full, and the students are cheering. As a program that has been built on winning teams that have went on to produce players in college and the NFL, you would think that all talented athletes would want to be a part of this. However, despite its historic success, the football team has not reached its full potential in recent years. Many skilled athletes that would improve the team have diverted their talent away from football and into other sports.

“It’s eye-opening that most of our crazy athletic senior class did not participate in football, and I think that if we had more of them play our team would improve significantly,” Jevan Yu (19’), a regular attendee of Paly football games, said.

The winning culture created by past head coach Earl Hanson and the legendary 2010 state team has not been replicated in the last two years. The participation has significantly decreased which has caused the team to have losing records and a smaller group to choose from.

“In the past, we’ve had a pretty good football culture, we won some league titles and state tournaments, but I feel like now with the lack of participation from a lot of other athletes, people aren’t as motivated to play,” George Welch (‘18) said.

Many capable athletes such as Max Dorward (‘18) and others have potential to improve the team, yet, for a variety of reasons, they decided not to play.

A three-way starter as a sophomore, Dorward’s choice not to play football as a junior or senior had an impact on the team. The team lost one of the most promising players for the upcoming seasons because he wanted to focus on basketball.

“I would be spending so much time away from [basketball] that I felt I wouldn’t be able to improve and play the best I could if I did continue football” Dorward said.

Another reason for the decrease in participation may be in light of current data collected by Boston University, in which the research team found Chronic Traumatic Encephalopathy (CTE) in 110 of 111 brains of former NFL players. CTE can cause memory loss, behavioral problems, depression, and even death. These findings have made students question whether or not the sport is worth it.

“There were safety concerns from my parents,” Dorward said. “When I played Varsity my sophomore year I got injured multiple times throughout the season.”

All in all, it would be sad and disappointing to the overall study body at Paly, and the town itself, to see such an accomplished program crumble if participation cannot be increased. In order for Palo Alto football to once again obtain the legacy left behind by past teams, the program itself must become something students see as appealing and worth their time.