Big crowds showed up with signs and flowers Thursday night for Senior Night. To make the game even more interesting, it was against Paly’s cross-town rival Gunn.

Paly assistant coach Craig Rockhold was satisfied with his team’s victory and could feel the positive effects of Senior Night.

“[Gunn] didn’t get many goals on the counter attack, which is huge,” Rockhold said, “[We] play better [on senior night] because they want to win, it’s a big crowd, all their friends, moms, dads and families.”

In the middle of the first quarter, after several shooting attempts, Paly was first on the scoreboard, but Gunn came right back in it on the counter attack. The Vikings returned Gunn’s effort, scoring again right before the end of the quarter to take the lead prior to the whistle, leaving the game 2-1.

By half time, the score was 4-2, keeping the Vikings still in the lead.

“We didn’t do as well as we should have done, we were a little cold all game, and couldn’t get out of it when we needed to,” Gunn offender Niwen Song said.

Gunn scored three in the third quarter, and Paly fought back, but only managed to score one. It took some time, but Paly was able to warm up by the fourth quarter, securing its league title, and Gunn couldn’t seem to keep up.

Gunn scored three goals in the last half, while Paly put five in the back of the net. Paly captain Ken Wattana (’11) had the game-high of five goals, scoring four in the second half.

“We came out a little slow at first, but then we got a little more into it and started making our shots despite coming in a little cold to the water,” Wattana said.

Paly’s hard work in the last half paid off well and came out with a win 10-5.

The Vikings play their next game at Homestead Oktoberfest on Oct. 30. 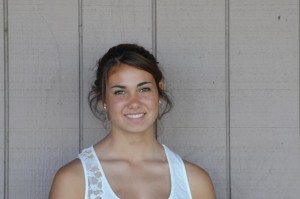 Marina is a junior at Paly and has lived in Palo Alto her whole life. She has one older brother and a dog. She started playing soccer at a young age and...