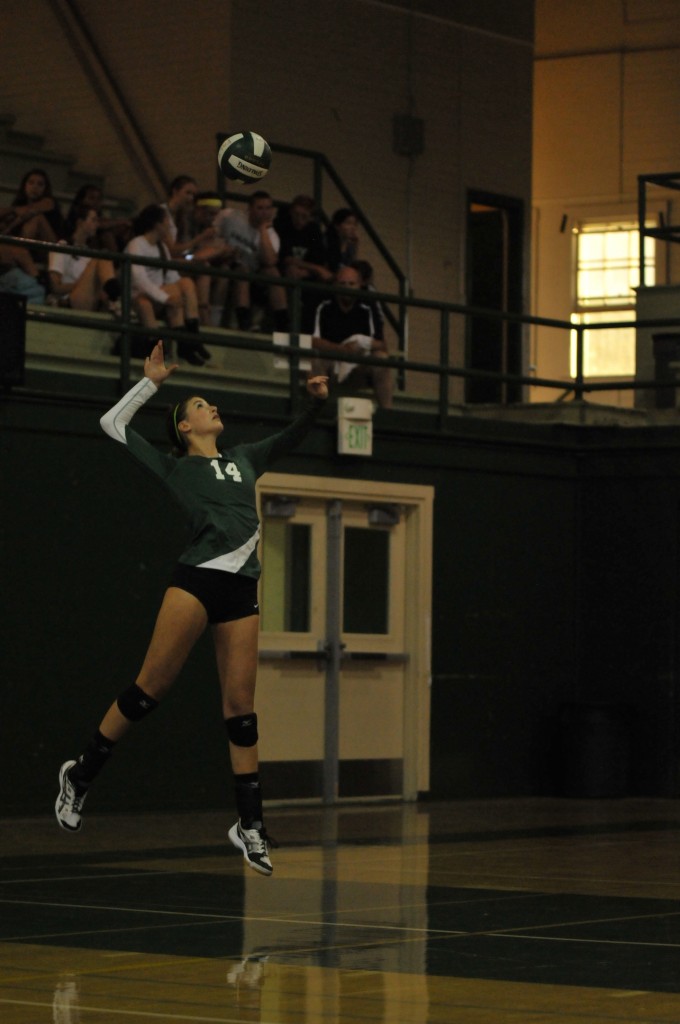 Becca Raffel ('13) serves for the Vikings.

This was the team’s first match against the Chargers. Though the Vikings were not entirely satisfied with their performance, they still came out on top, winning the last two sets by a double-digit margin.

“In that game we were not very good at keeping the game at our pace,” co-captain Shelby Knowles (’13) said. “We kind of played down to their level a little bit.”

In the first set, the Lady Vikes scored the first few points to jump out to a quick lead.  Leland responded immediately with two kills, and furthered its gains after Paly committed a few errors, resulting in a one point Chargers lead over the Vikings at 7-6.  Then, outside hitter Becca Raffel (’14) and Knowles began to put on a show, each contributing four kills to gain the lead for the Vikings and finish the first set 25-17.

The next set started off close, with both teams scoring four points until the Lady Vikes gained the confidence from the first set and started to pull away. Both teams evenly made errors throughout the set. Again, Knowles had three more kills and an ace to lead the team to a 10 point victory, by a score of 25-15. Lauren Kerr (’14) spiked the ball over the net against Leland, adding more points to the total.

“In this game I was trying to be a lot more mindful of just keeping the ball in and not making hitting errors,” Knowles said. “I thought I did a better job of that.”

The Lady Vikes continued their success into the third set as well. They didn’t back down when the Chargers made a few kills against them, and led 21-14 when the Leland coach called a time-out.  This time-out did not deter the Vikings; Paly scored four straight points to seal the 25-14 victory. Outside hitter Anna Dukovic (’15) had three serves to finish it out.

Coach Dave Winn was pleased with the victory, but recognized that improvement is necessary for the next game.

“Both of our programs are sort of going through a transition year and we still have a pretty good core of people who can serve and pass,” Coach Winn said. “Tonight that was the difference. We just served a little tougher. We were in system a little bit more and had a few more hitters.”

Winn has identified some of the factors that will need to be worked on to bring the team to the next level.

“There are a lot of things that we still need to get better at,” Winn said.  “We let balls fall that shouldn’t have fallen. We were a little bit slow in the first couple of sets. Those are some of the things we will need to work on, because we are going to play some really good teams on Saturday in the tournament and that is not the level we are going to need to play at.”

The Lady Vikes will play next Saturday at 8 a.m. in the Deer Valley  Tournament. 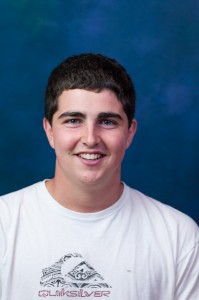