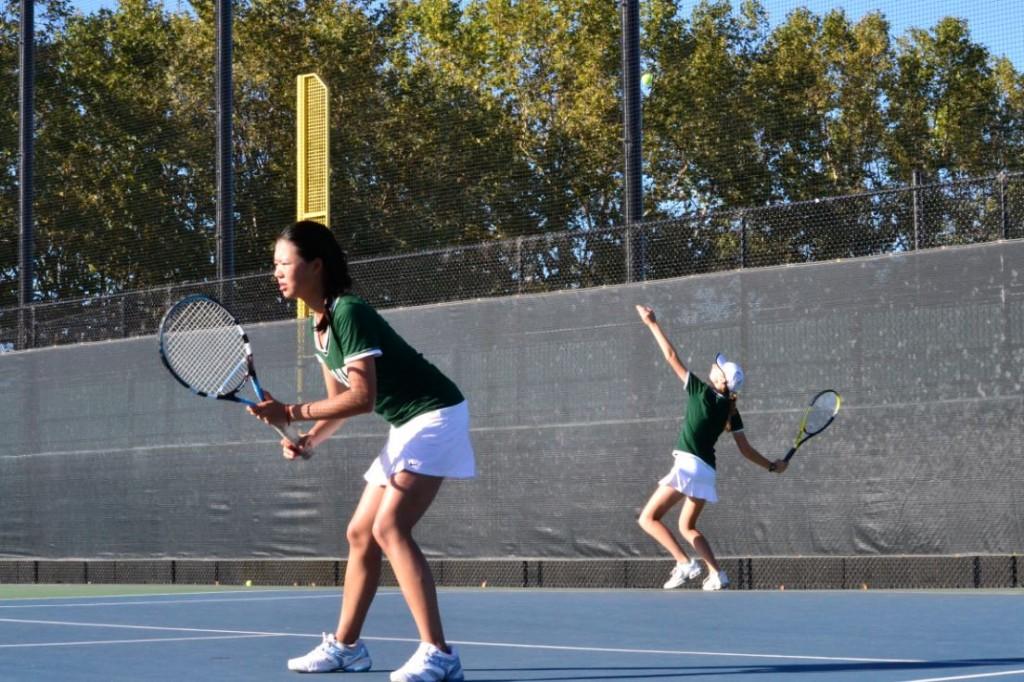 Hollie Kool ('14) and Kelsey Wang ('16) serve against to Lynbrook's No. 2 doubles in the first day of competition, before winning their game 50-15.

The tournament was comprised of four teams: the host school Paly, Aragon, Homestead and Lynbrook.

Paly’s no. 1 singles player Aashli Budhiraja (’14) helped carry the team to a second place finish by winning all of her matches.

Despite her dominating performance, Budhiraja deals with stress outside of Paly tennis with her schoolwork and U.S. Tennis Association commitments but “the environment is a lot less stressful here” at Paly, she noted.

The team’s outstanding finish can also be attributed to the teamwork and the environment they create for each other.

“We’re all super close,” Madeline Lee (’14) said. “It’s a good support system, we don’t really have conflicts within the team and everybody really works well with each other.”

Budhiraja won the first three games of the set decisively, but lost the fourth. However, she was able to regain control of the match and win the set off of a powerful down-the-line forehand winner.

The team came out strong in the first matches of this round-robin-tournament. They defeated Salinas 17-1 in the first round of play on Friday, but later would have to face a formidable Lynbrook team.

Paly came out strong against Lynbrook playing consistent tennis all around. No. 2 singles player Felicia Wang (’14) played solid, hitting consistent ground strokes throughout her match, but her serve seemed to be her only setback. Wang lost a close match 4-6 in a tiebreaker, which she lost 2-5.

Wang felt the pressure of a tougher opponent which may have caused her to tighten up and play more conservatively on her service.

With a rock-solid performance against Homestead and Aragon on day two of the tournament, the Paly girls’ varsity tennis team took second place and looks forward to a home match against Saratoga High on Tuesday, Sept. 11. 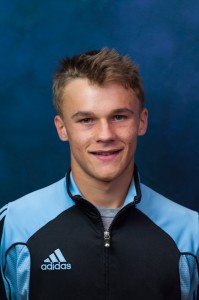