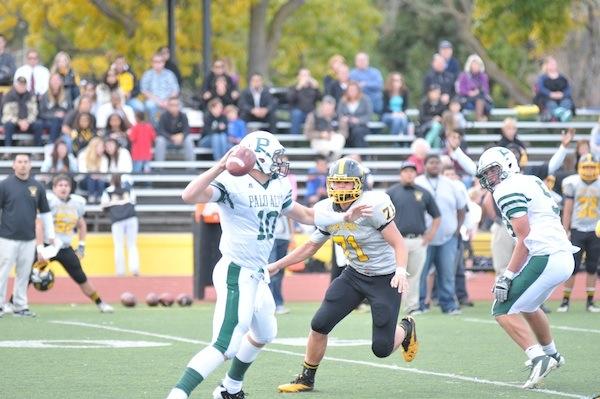 “I just felt it was the best for me overall,” Chryst said to ESPN reporter Phil Murphy. “Every school has things that they were good at; I thought Stanford had the most of everything.”

Chryst, a 6-4, 220 pound quarterback who moved to Palo Alto in 2011, is ranked 21st on ESPN’s “Top 300” recruiting list and is listed as the class of 2014’s top pocket passer in the nation. In the 2012 season, Chryst threw for 2489 yards (maxpreps.com) and helped lead his team to an 8-2 regular season record, before falling to Serra in the first round of CCS playoffs.

“It’s relieving to get done and to focus on the actual football season and other stuff besides the recruiting process,” Chryst said.

Chryst became Stanford’s seventh football commitment from the class of 2014, including three others that are in the ESPN 300.