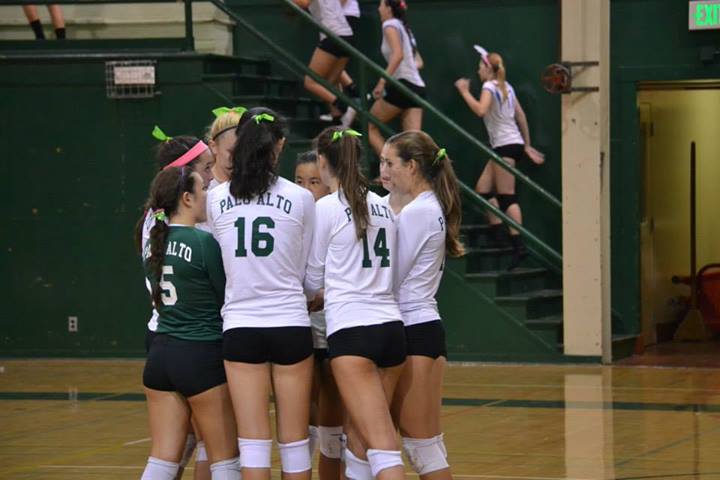 On September 10th, Paly won against Presentation High School in a nail-biting match. Starting off the season with an intense match, Paly is satisfied with their performance.

“Presentation is a good team, and it’s hard to take a set from them; let alone a match,” coach David Winn said.

However, Presentation dominated winning the second and third sets.

“I feel like we started out strong, but in the middle we lost our concentration,” Hayley Poore (‘15) said.

“At times, we got a little down on ourselves during the second and third sets but we just rallied it back up,” libero Keri Gee (‘14) said.

In the fourth set, Jade Schoenberger (‘15) and Lauren Kerr (‘14) got back the Vikings’ confidence back through their hits against Presentation. Before Paly closed in on their win of the set, Presentation brought the score up with a three points falling behind The Vikings. However, Paly quickly scored again, winning the fourth set.

Raffel, in the last set, scored the final point through her spike.

Despite the loss of the second and third set on the court, the lady Vikes are looking to improve as a team throughout the season.

“We had so many highs, so many lows,” Winn said. “I’d like to see that smooth out and try to get our passing a little better. All in all, we played great.”