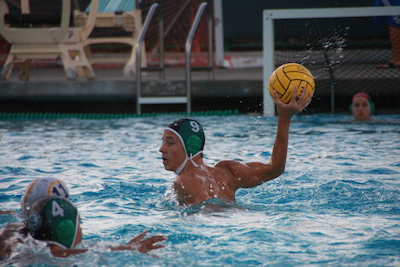 On Thursday night, the boys’ water polo team faced off the Monta Vista Matadors in its second league game of the season.

Team captain Lucas Novak (‘15) was pleased with the team’s performance and ultimate defeat of the Matadors.

“For most of the game we played well; our defense was definitely better than what it had been previously, Novak said. “Our offense still needs a bit of work but we played well enough to pull the win out.”

Paly started off strong in the first quarter as Ray Zhao (‘15) promptly scored the first goal of the game. Monta Vista retaliated, putting the ball in the cage to tie up the score 1-1. Leading scorer Winston Rosati (‘16) earned his first two goals in the middle of the first quarter, thus taking Paly into a 3-1 lead.

Once Monta Vista drove towards the net and scored, the Vikings fought back with Kevin Bowers (‘16) scoring the final goal of the quarter.

The Vikings carried their momentum into the second quarter as Luke Schroder (‘15) deflected a shot fired by Monta Vista. Novak then assisted Rosati to score in a counter attack, giving Paly a three-point lead.

Later in the second quarter, Andrew Jozefov (‘17) passed the ball to Novak, who drove towards the goal and scored. The Vikings maintained their ascendancy while Novak earned yet another goal off of a pass from Schroder towards the end of the period, closing out the half with Paly maintaining a 6-3 lead.

The Vikings had a shaky start to the second half, as they allowed the Matadors to put away two goals early on in the third quarter. Monta Vista dominated for the remaining portion of the quarter, as Paly scored only one goal to Monta Vista’s three goals. Paly’s weak performance during the third period enabled Monta Vista to diminish the Vikings’ lead to merely one point by the end of the quarter.

The fourth quarter began with the Vikings up 7-6, but the lead quickly widened once more after Rosati sent the ball whizzing to the corner of the net.  Hans Usman (‘15) scored for Paly shortly after Monta Vista snuck in another goal.  The Vikings continued to prevail over the Matadors during the final quarter and concluded the game on a strong note.

Despite a turbulent third quarter, the Vikings dominated the game and walked away victorious with a final score of 9-7.

Head coach Brandon Johnson was content with how the team performed.

“We kind of rushed some offensive possessions and let them get back into the game during the third quarter,” Johnson said. “But fourth quarter we put some goals in there and ended up pulling [a win] out so it was nice to see the resilience.”

The so-far undefeated Vikings are expected to have a fairly successful season and have been projected as one of the most formidable teams in the Santa Clara Valley Athletic League (SCVAL).

Novak has high hopes for the rest of the season.

“One goal would be to win leagues” Novak said. “We definitely have a shot this year, but other than that we want to do at least as well as we did last year in CCS, but ultimately we just want to play as a team and do the best we can”.

The team is scheduled to play in a two-day tournament this coming Friday and Saturday. The Vikings will also compete in their next league game against the Saratoga Falcons at Saratoga on Tuesday, Sept. 24th at 3:30 p.m. 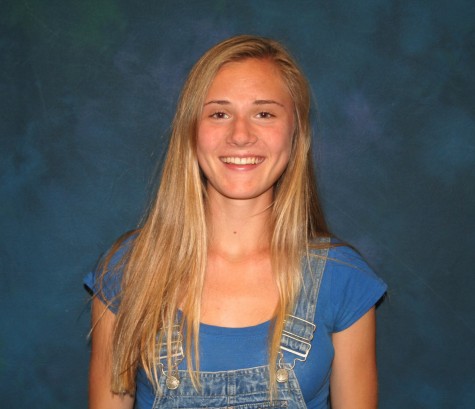