The NFL's new excessive celebration penalties, in addition to being unnecessary, take away from the fun of the game 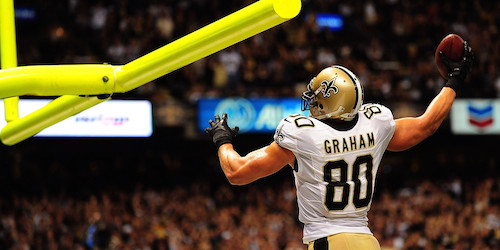 National Football League (NFL) players better watch what they do and say on the field this year, with the NFL enforcing much stricter penalties for excessive celebration and foul language. Starting this year, in addition to the already existing 15-yard penalties for taunting and unnecessary roughness, the NFL will be imposing 15-yard penalties for swearing, using goal posts, pylons or the football as a prop to celebrate touchdowns and engaging in a celebration with another teammate. There comes a point where, for NFL fans and players, enough is enough. With so many restrictions on tackling and celebration, is it even football anymore? Commissioner Roger Goodell needs to cut back on these rules that take away from the integrity – and fun – of the game.

Most high profile players in the NFL have their own individual celebrations after touchdowns, first downs or defensive plays. From Jared Allen pretending to rope cattle after he sacks the quarterback to Victor Cruz’s salsa dance touchdown celebration, fans are used to the entertainment of world-class athletes acting like kids in a backyard football game. Goodell’s new restrictions do nothing to enhance the fairness or viewer enjoyment of the game.

Some celebrations, like the classic “Lambeau Leap” used by Green Bay Packers’ players at home games will be allowed, but in general it seems like the NFL is attempting to shut down anything that could be considered as players having a good time. The purpose behind these rules is to stop the taunting that would “endanger ill will between teams,” according to the NFL rulebook. This stems from the well known Terrell Owens incident, when Owens, a San Francisco 49er at the time, took the ball after a touchdown and celebrated on the Dallas Cowboys’ midfield star. Later in the game, Emmitt Smith, the Cowboys’ star running back, scored a touchdown and spiked the ball on the star, all the while staring down Owens. When he scored for the second time that game, Owens ran to the star and started to celebrate, but before he could, he was body slammed by a Cowboys player. A brawl ensued. Understandably, the NFL and Goodell wanted to curb this kind of behavior with negative incentives such as player fines and penalty yards.

I recognize the concern that Goodell has for player safety when it comes to taunting, but at some point, it goes too far. No one was being hurt by Jimmy Graham dunking over the goalpost to celebrate another touchdown or by Rob Gronkowski spiking the ball after scoring, but the NFL has banned them anyway. It is time for Goodell to take a step back and realize the true purpose of the rules – to keep players safe, not to stop them from having a good time.