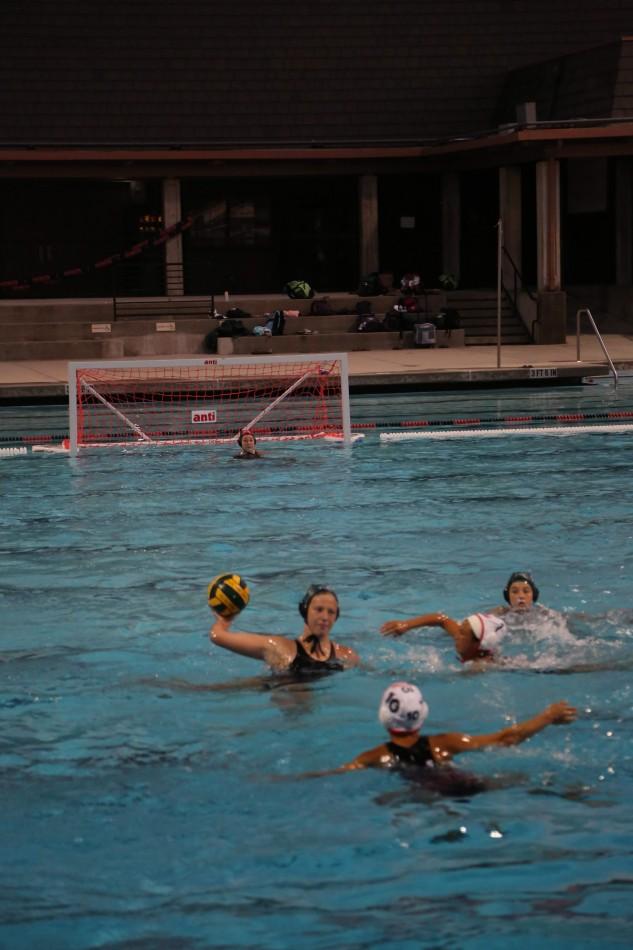 The game started out fast as Gunn took a 2-0 lead three minutes into the first quarter.  A surge from the Vikings, that included two goals from Gigi Rojahn (‘16) saw them take a 3-2 lead going into the second quarter.

A slow second quarter saw only one goal as Gunn tied up the game 3-3 with just :45 seconds remaining in the half.

As the game progressed into the third quarter, the Vikings received a spark from Sophie Frick (‘18) as she scored back to back goals to give her team a 5-3 lead

“Sophie Frick had an amazing game.  She had some beautiful shots that just helped put us ahead,” Rojahn said about her teammate.

Rojahn would score another goal early on in the fourth quarter to give the Vikings a three goal lead.  With three minutes left Gunn started to mount a comeback, scoring two goals to bring the Vikings’ lead to just one.

“When we have that lead by three, we need to keep that momentum and shut them down, you can’t let back at that time of the game,” head coach Aileen Delany said.

The Vikings would hold on and win the game by that one goal margin.

“I’m really, really proud of the whole team because it was a true team effort. They played tough D and they really stepped up,” Delany said.

Despite this win, the team still feels like there is room for improvement.

“I think we can still work on our defense and helping back and the splitting,” Frick said looking forward to the future.

They will be hoping to build off of this win in their next game at Los Altos on October 6th.