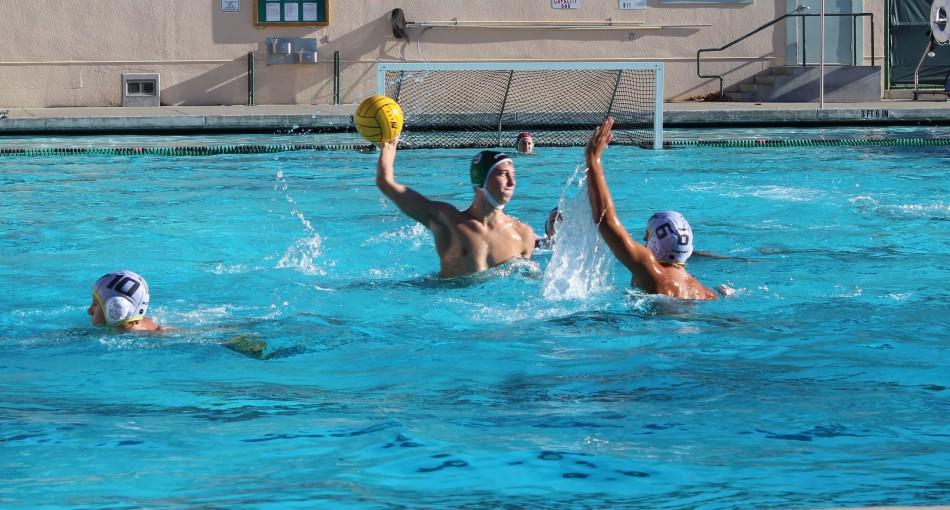 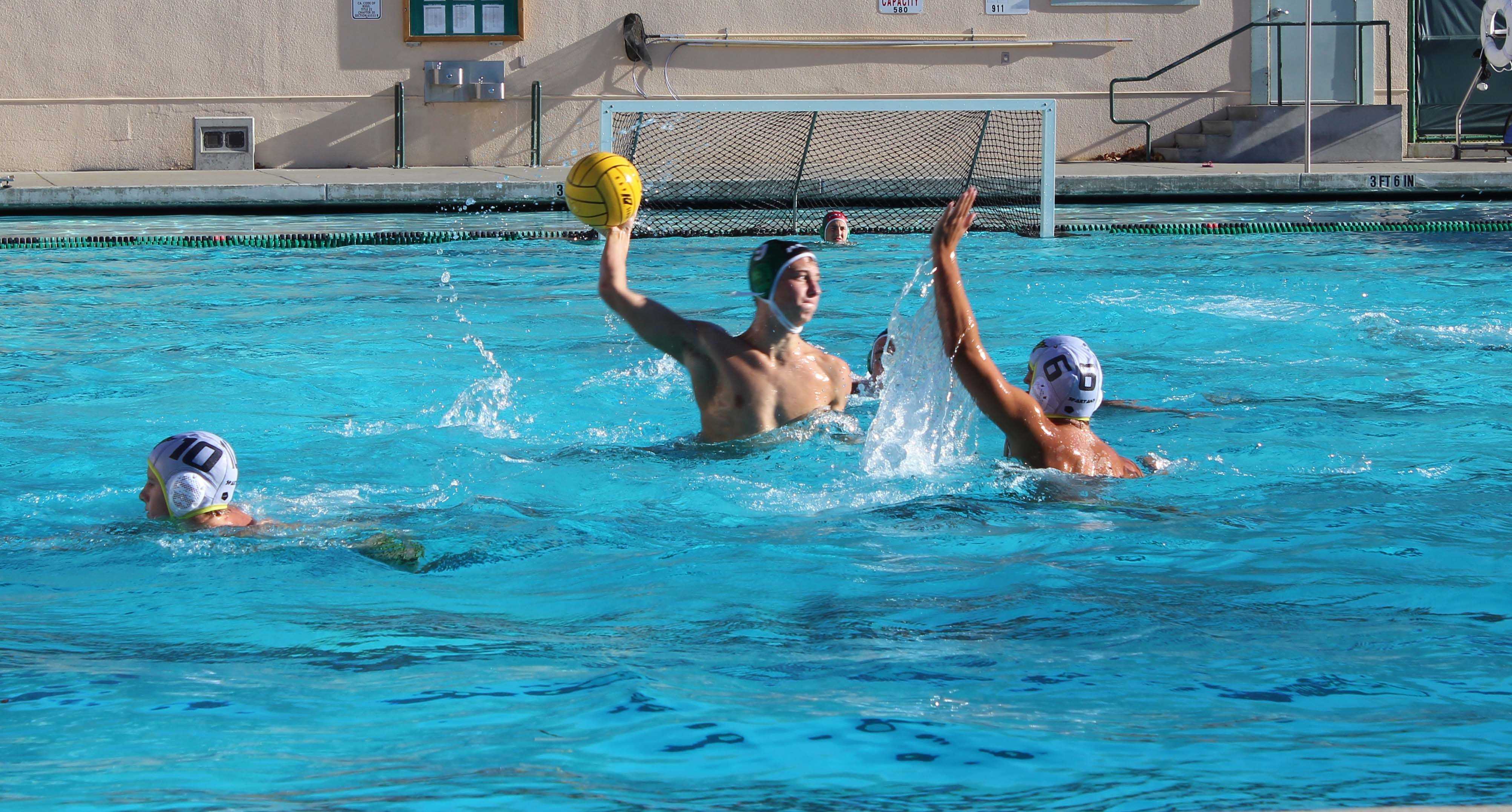 Paly boys’ varsity water polo fell to the Gunn Titans on Thursday as the Titans triumphed 14-5.

The cross-town rivalry may have attributed to the loss says first year coach, Aaron Johnson.

“We’ve been talking about not putting any pressure on it,[the rivalry with gunn] but we took that a step too far and really got more relaxed than anything,” Johnson said.

As the second half began, Smale scored his third goal of the game, earning himself a hat trick. Senior Cameron Khan (‘16) also contributed to the Vikings’ goals, scoring late in the third quarter, Gunn still leading 13-4.

By the time the fourth quarter began, the score remained 13-4, Gunn. In the final quarter for both teams, Senior and captain, Kevin Bowers (16’) scored the final Vikings’ goal, the score now 13-5 Gunn.

Although disappointed, Smale says the team can’t let the loss get to them, and they just need to rebound off of it so they can have positive momentum for the coming games.

“We have a big tournament this weekend so I think we need to just forget about the loss and just come out tomorrow and play our best.”

Coach Aaron Johnson believes that the Titans played a great game, capitalizing on the Vikings mistakes, but says Paly will come out swinging in the next matchup.

“We had some minor mistakes that built up over the course of the game that Gunn did a good job taking advantage of… [but] in the future I feel very confident that we’re going to be able to control the game, this is just our first look at them, so we have a lot of time before we see them again.”

“[He] just recently got put into the starting lineup and he’s been earning his minutes, he’s been doing a great job this season and in this game he stepped up huge…he really took it upon himself to step up and take that role on to be a key player.”

The Vikings will take on their next opponent, Monta Vista at 6:45 this coming Tuesday.