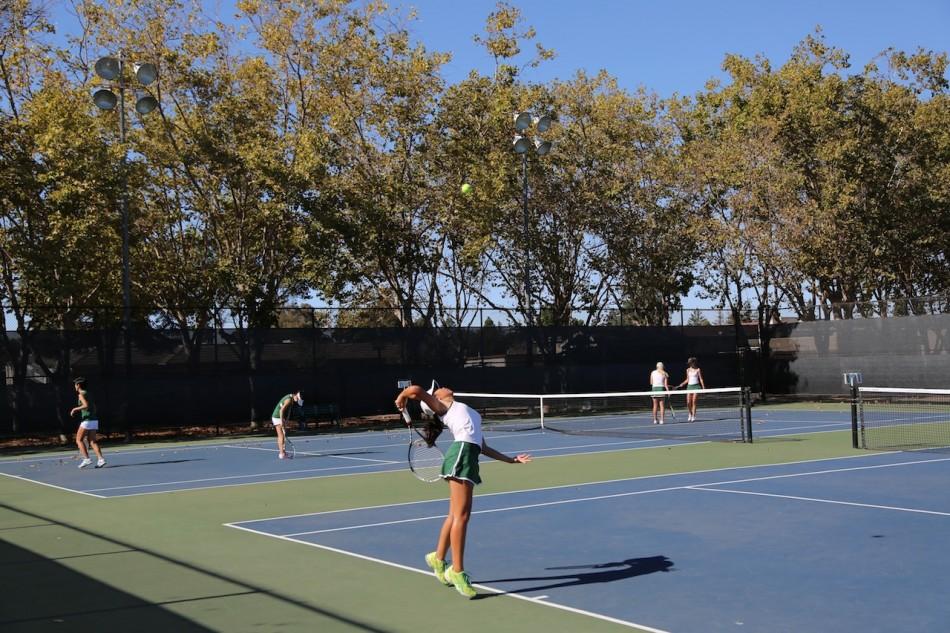 After finishing last season with a hard fought, but ultimately losing record, Palo Alto girls tennis team is now playing in the lower division (El Camino) and hopes to dominate. The Lady Vikes main goal is to bring home a league championship and make it to the CCS playoffs.

With many seniors acting as leaders and helpful mentors to the rest of the team, team is focusing on utilizing its cohesive nature and shared strengths.

The Paly Invitational tournament on September 16th holds some of the best competition the girls will face all season. Monta Vista, invited to the tournament but not an opponent that  Paly will face in their regular league season, has historically put up a good fight and will test the Lady Vikes’ abilities match by match.

“Monta Vista has always been the best in the upper league and they have really strong players, so we are training to beat them,” Cummings said.

This season marks Coach Andy Harader’s 20th year at Paly; he has coached hundreds of high school tennis players, and has gained both perspective, wisdom, and a high level of respect from those whose athletic lives he has been a part of. Harader is looking towards his team’s deep bench and supportive seniors as assets in the upcoming season, as well as hoping to foster a supportive team environment.
“This season I’m most looking forward to having fun with the girls and winning,” Harader said.

The Lady Vikes kick off their season on August 25 with a game against Aragon High School at Aragon. League games begin on September 13, with Paly facing off against Milpitas at Milpitas.