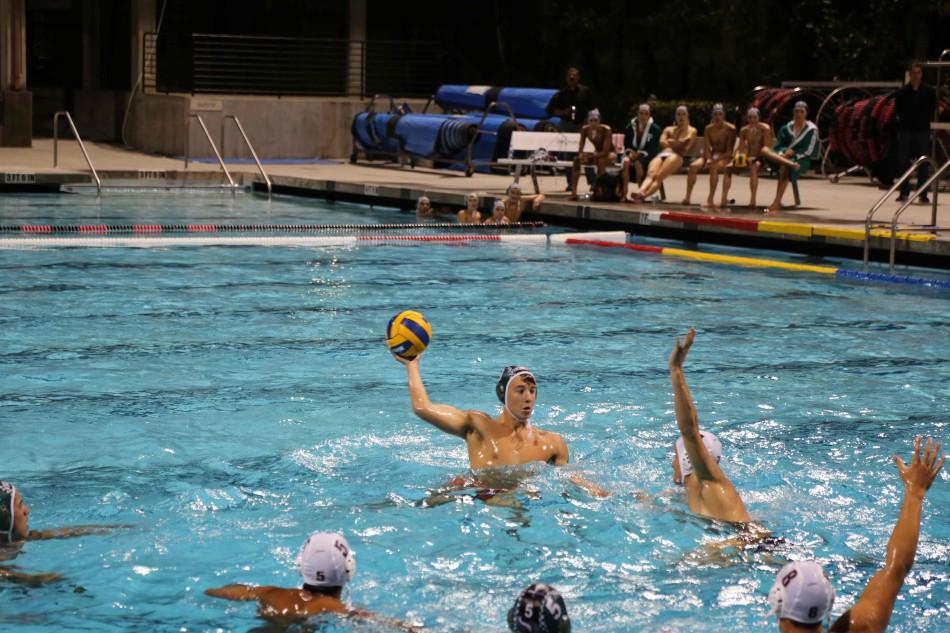 The Vikings started the match off with an intensity that left Gunn in shock allowing them to capitalize and start the game off with a 3-1 lead at the end of the first quarter. But Gunn wasn’t in shock for too long as they cut the lead to one by the half with strong defensive creating offense for the Titans.

As the game progressed the spark that Paly had at the beginning of the match faded resulting in Viking mistakes and eventually Gunn scores. By the end of the third quarter the score was Paly trailing 6-3. With frustration mounting and a very physical match going on, Senior Jared Stanley (17’) was ejected from the match for over physicality forcing the Vikings to continue on without one of their best players. Yet, they did not give up with a, what seemed to be attitude adjusting, counter strike goal by Tommy Smale (17’) and an against the odds one on one save by goalie Ben Rapperport (19’). But this effort was followed shortly by a dagger goal by Gunn on a Paly defensive mishap. The result of the match was the Gunn Titans rolling over the Paly Vikings 8-4.

“We are physically matched up evenly to [Gunn] so I was expecting an even match today. What we lacked was consistency throughout the match and that is just us not showing up to play” Ethan Bundy (17’) said.

The theme of the match on the Paly side was the failure to finish the match. With a surplus of uncharacteristic errors by the Vikings, they just could not find their true form as the game went on.

“We didn’t really get up for this one… starting out the game in a strong way and letting that slip is just not a way to get it done” Coach Aaron Johnson said.

Paly will take on the Gunn Titans one more time this regular season and are looking to improve and hopefully get the win.

“Playing harder for four quarters and taking care of business on defense is what we’ll focus on the next time we see [Gunn].” Eric Maser (17’) said.