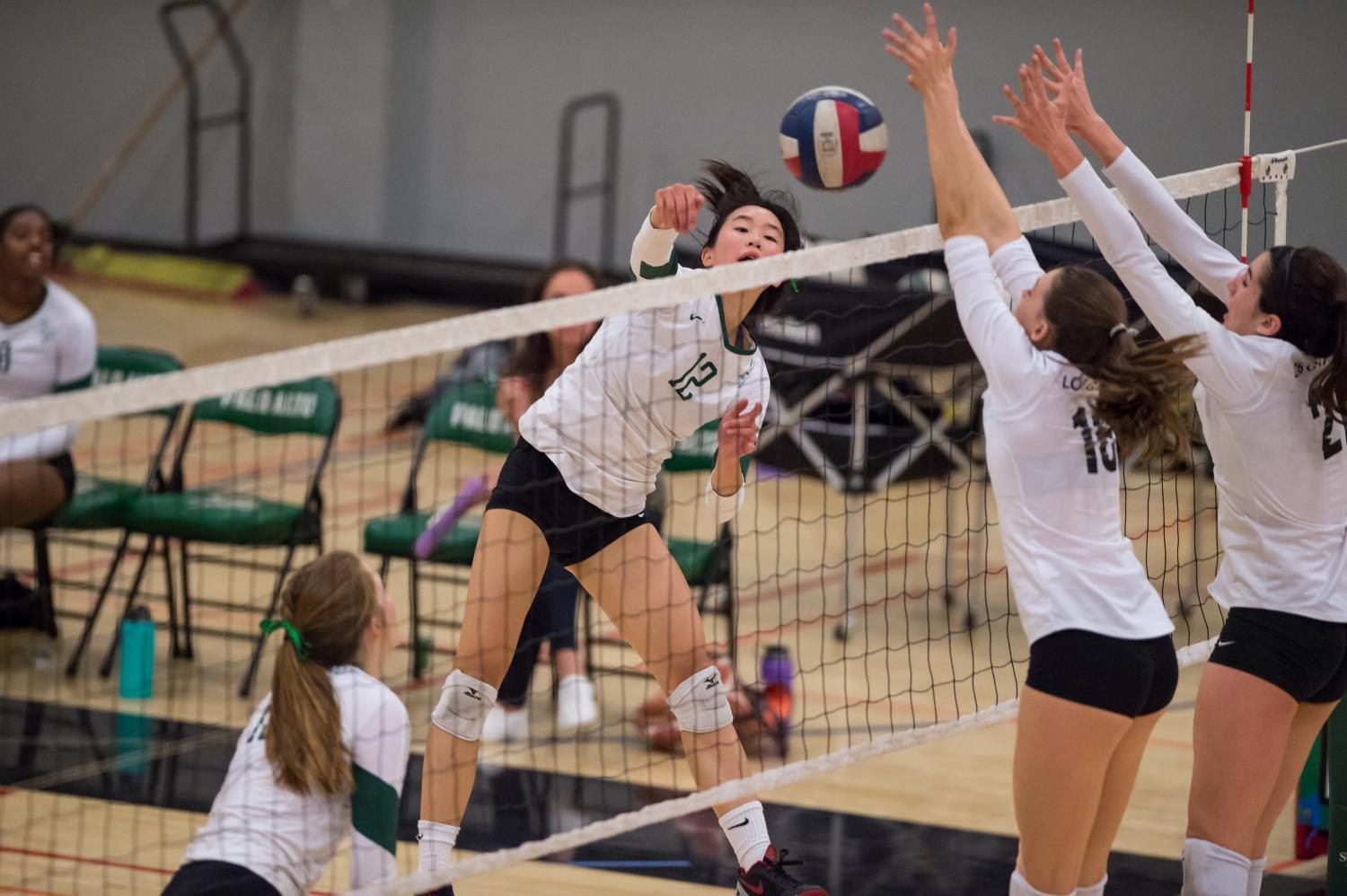 The Palo Alto High School girls volleyball team is gearing up for their 2017 season with their new coach Daniele Desiderio, as well as their new home gym. Desiderio previously played for Italy’s national team, and has a huge amount of experience, having played both indoor and beach, professionally.

“I think Daniele is going to be super good for the team, he has a lot of experience and will be able to teach us a lot,” said Amelia Gibbs (‘20).

Desiderio coached Varsity at Paly two years ago for one season, before being replaced by Jekara Wilson.

“I am very happy to be back,”  Desidero said. “This is a great opportunity, we have a new gym and coaching staff and a very good team. I am very motivated.”

Last season the Vikings went undefeated in league and advanced to the CCS championship, before falling to Los Gatos. They went on to the first round of NorCals and ended up losing to Turlock and ending their season.

“Last year we made it to CCS but lost. One of our biggest goals this year is to win it, after winning league first” Ashlyn Callan (‘19) said.

The Vikings ended up finishing their the season with a record of 23-11. They look to beat that record this year.

“Our goal is to not lose a game in league and win CCS championships,” said team captain Susanna Limb (‘18).

The team aims to start the year strong and has a plan to emulate last year’s success, and more.

“Lots of hard work and determination; we started lifting this year and I think that will have big results and show when we play,” Callan said.

One of the team’s strengths seems to be in their unity, they excel together and motivate one another. There is also an immense amount of talent and skill on the floor.

The team traveled to Woodside on Wednesday to face the Wildcats in their first scrimmage of the season. Because it was an only a scrimmage no score was kept, but the team felt as though it was a great start to the season.

“Today was a glimpse of the future and what could be, this season will be a good one and I can’t wait,” Siena Brewster (‘19) said.

They will also scrimmage Valley Christian and Sequoia away, before returning home to play cross town rival Gunn next Friday.

The Gunn vs. Paly volleyball game will mark the first game or event in the new big gym at Paly. This will also be the first time it will be open to the public. Playing at home is especially special for the team, after they had to practice and play at Gunn all the way across town for the last two years.

“I’m so excited, it’s so nice, I’m hoping more people come out and watch our games because it’s more convenient and not as far as gunn” Callan said.

Not only does the Gunn-Paly game offer spectators a first glimpse at the amazing new gym, but they also get to see the girls volleyball team take the floor, definitely not something to miss out on. The game will take place Friday, September 1st in the big gym and it kicks off at 7 pm.

Make sure to show up, check out the new gym, and most importantly cheer on your Paly girls volleyball team!