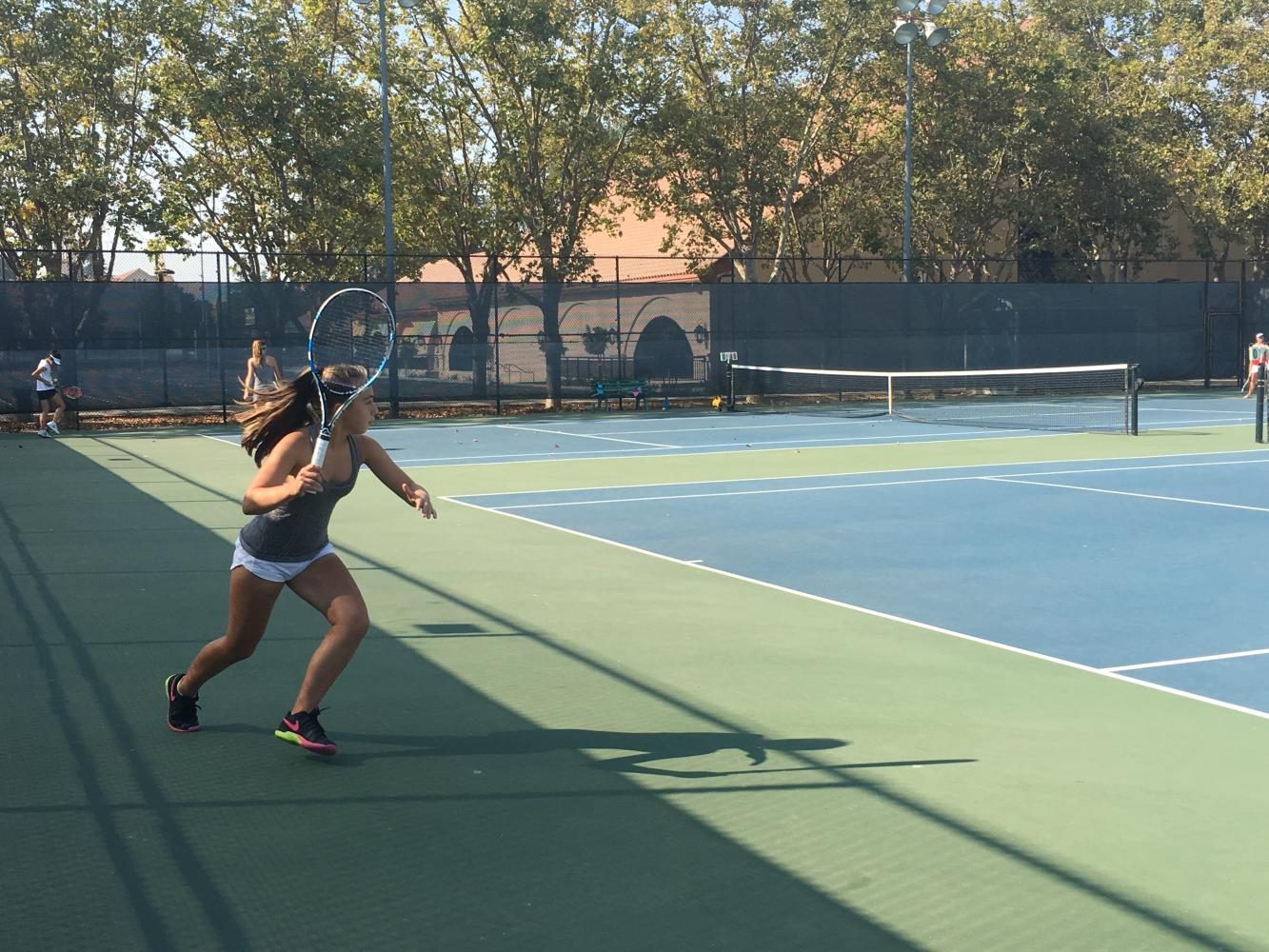 For the second match of the season, the lady Vikes lost against the Gunn Titans with an extremely close score of 3-4.

Two out of the four single players are freshmen and new to the team. The third player on the lineup Yakimenko lost to her opponent 6-1 and 6-0.

On the other hand, Page had a much closer game with her opponent. Even though she did not start well, she was able to catch up with her killer serves with a score of 5-4. However, the experienced senior player still won overall. Page eventually lost the second set with the score 2-6.

After six out of the seven courts finished their games, the score is 3-3 which makes the number one doubles’ game the deciding match. In the end, they lost with a really close score of 5-7.

Even though the outcome of the game was not ideal, the players were still hopeful for their upcoming season. One of the double player Myra Xu (‘21) said, “This is our first time playing in the better league. I think last time they were playing in the lower league, and so coach Andy told us that we might expect some losses. But, we are going to hope for the best and do our best.”

Page, who lost to Gunn’s player with such a close game commented, “Julia [the opponent] was just the better player today. I know that we are in the upper division. We are playing some very tough teams. I know some of the girls from the other high schools from USA tournaments, and they are all very good. We’ll see what happens. ”

Coach Andy Harader also added, “Gunn has a very talented team, and we knew going in here was going to be like this because they beat us really badly last year. I think we did pretty well because our team is relatively young. It can be really difficult for thirteen-year-olds to play against seventeen-year-olds. I am glad about how we did, and I think there are a lot of potentials.”

The Vikes will face the Aragon Dons at Aragon High School next Tuesday.