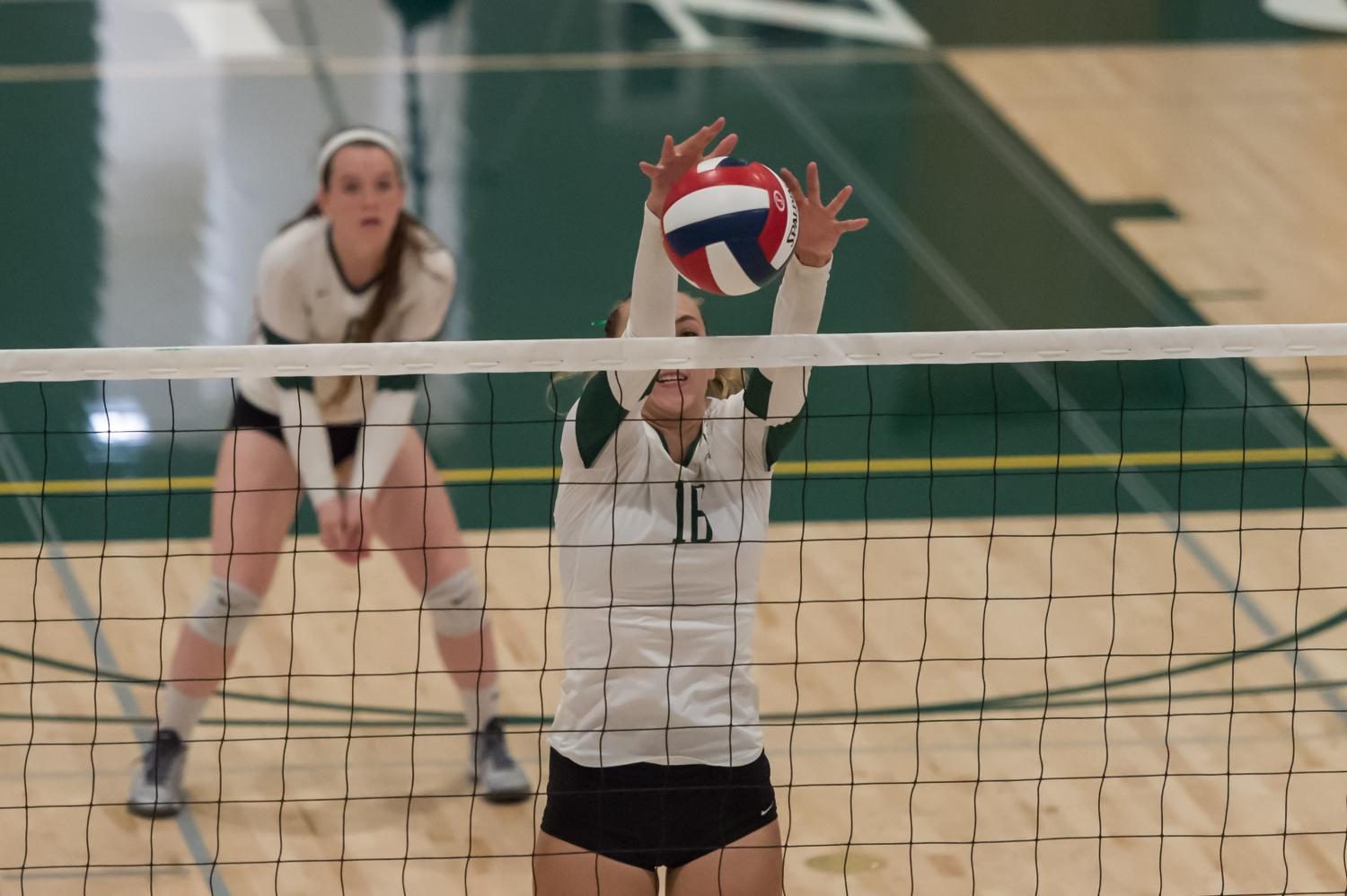 The Palo Alto High school girls volleyball team was defeated in a 3-0 match against the Saint Ignatius Wildcats on Wednesday night at the Peery Center.

The Lady Vikes came out strong in the first set, playing against one of the best opponents they will face all year. The two teams continuously traded off points, with great defense on both sides of the court. Julianna Roth (‘18) got the crowd to its feet with a beautiful no look set to put the Vikes in striking distance of the Wildcats. But, SI was able to pull away winning the first set with a score of 25-19.

For the rest of the sets, the Vikes were unable to win one with the second and third sets scoring at 25-19 and 25-17 respectively.

Co-Captains Chelsea Fan (‘18) and Susanna Limb (‘18) both had stellar performances, with incredible digs and spikes but were unable to finish off the wildcats.

“I knew this was going to be a tough match,” Fan said. “I thought we did well fighting with them, we played defense better than we expected, but we slacked off towards the third game.”

Head coach Daniele Desiderio agreed with Fan also noting that playing a strong team like the wildcats was necessary to become better. Tomorrow the lady Vikes are staying at home to face Menlo, and Coach desiderio believes his team is ready for any competition.

“We will be confident throughout the entire season, and tomorrow is the next step to improving our game,” Desiderio said.

As well as Coach Desiderio, Susanna Limb believes the girls have what it takes to beat the Menlo Knights tomorrow.

“I think tomorrow we have to start new, I don’t think we need to worry about today, and if we restart we have a good chance at winning,” Limb said.

Make sure to come out to the Peery center on Thursday at 6:30 to cheer on your fellow Vikings.