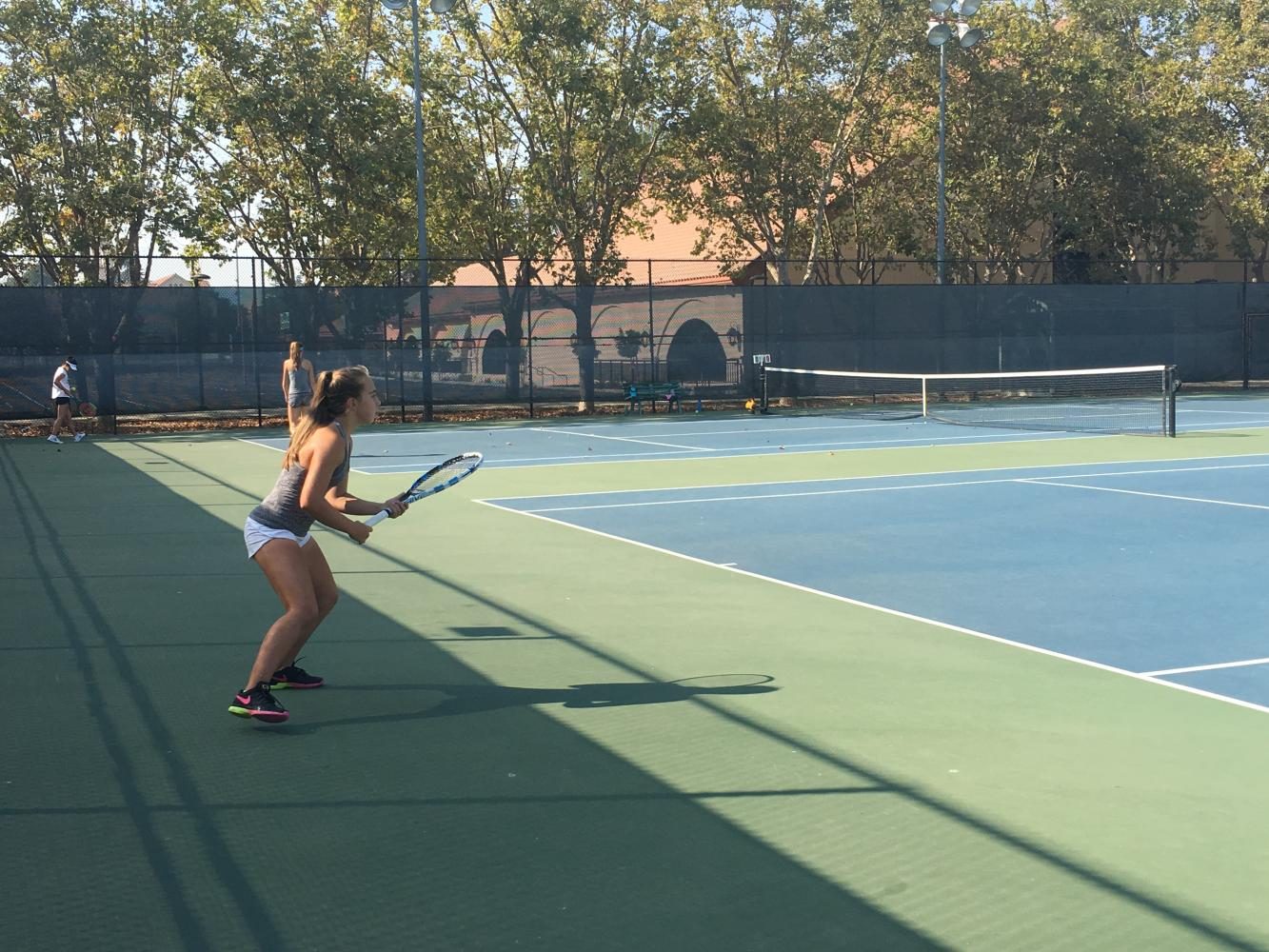 The Lady Vikes won by a narrow margin against the Homestead Mustangs with a score of 4-3. The tennis girls have been on a winning streak and started out this fall season strong.

Isa Cossio (‘19) and Claire Li (‘21) are playing doubles one in the match. Playing doubles two are the seniors Emma Cockerell (‘18) and Mailinh Truong (‘18). Anya Yakimenko (‘21) and Gwyneth Wong (‘21) are up against the Homestead doubles four players.

Page started off her game strongly with a score of 6-1 in the first set and lost 7-6 in the second set. During the tiebreaker, she lost 10-4.

Xu and Banwasi lost their games to the Mustangs. Owens started to regain the Viking’s hope when she beat her opponent 6-0 and 6-0.

The Lady Vikes secured the victory with all the double couples winning their matches.

Doubles one and doubles two played extremely well and finished their games within two sets. Doubles three players Yakimenko and Wong played with persistence and won the tiebreaker with a score of 11-9.

Truong commented on today’s game afterward, “Our #3 doubles played really well and came back in the 3rd set tiebreaker from 1-9 to 11-9 by winning 10 points in a row. Our 3rd set in the league is a 10 point tiebreaker.”

The Lady Vikes will try to keep their winning streaks against their opponent at Cupertino on this coming Thursday.