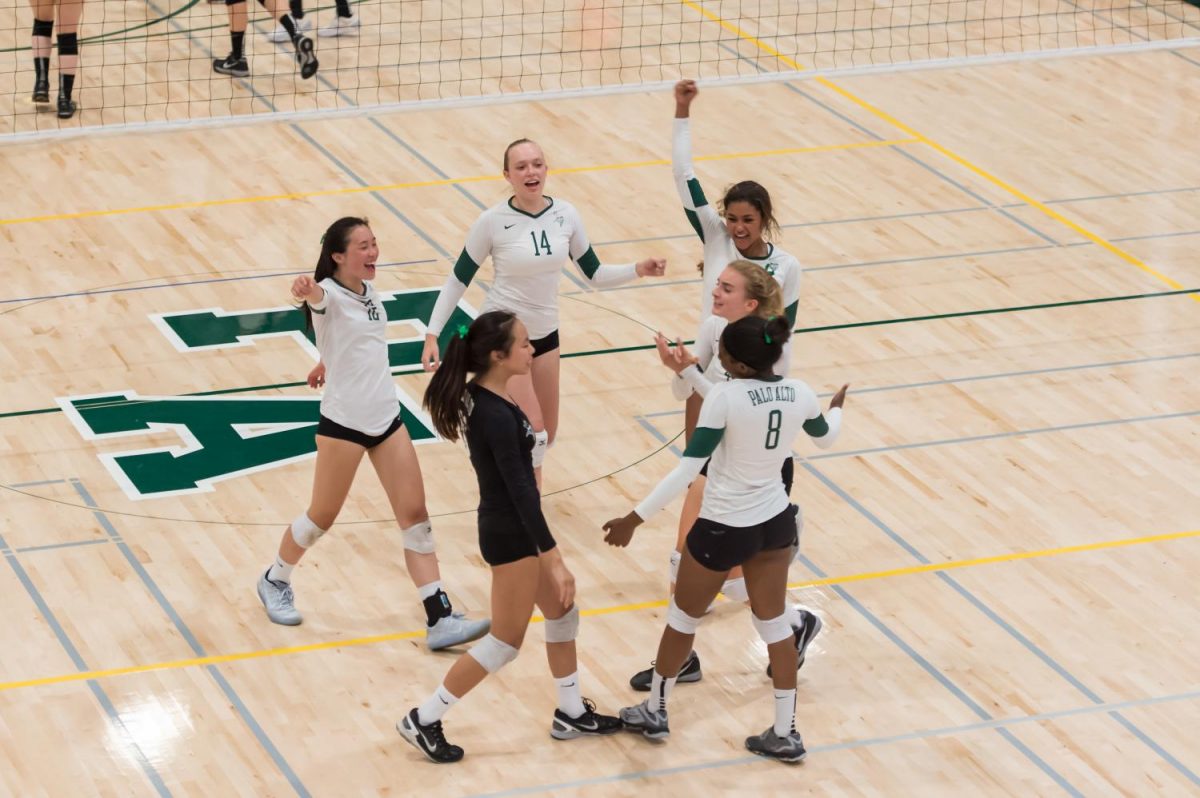 The team celebrates their win.

Thursday evening the Palo Alto High School girls volleyball team faced off against the Saratoga Falcons at home, ultimately winning 3-0. The Vikings were coming off a 3-1 win Tuesday against Los Gatos, at Los Gatos.

The first set was close, both sides taking the lead multiple times. Halfway through the set Saratoga led 12-10, but the Vikings came back to tie the set 15-15, eventually winning 25-21 and putting them up 1-0.

The start of the second set was just as competitive, both teams scoring consecutively, leaving the score tied 14-14 midway through. Chelsea Fan (’18) had an especially impressive performance, contributing some huge spikes, and Julianna Roth (’18) added some key points off her serves.

“Daniele gave me a position to serve to because one of their passers wast passing very well, if you served directly into her chest she had trouble getting it, so I was focusing on serving directly to her and it worked out pretty well.” Roth said.

The Vikings headed into the third set up two looking to finish the game and sweep Saratoga. They succeeded winning the third set 25-15 and finishing the Falcons in just three sets.

“We are number one it the league now and playing really well, today we started out slow but in the end we won.” Coach Daniele Desiderio said.

Following this game the Vikings league record increases to 4-0. They have yet to loose a match in league.

“We want to get first in league which gives us great momentum to go into CCS, as also a goal of ours is to lose no sets in league, not just no matches.” Co-Captain Susanna Limb (’18) said.

The Vikings look to extent their winning streak on Tuesday as they face off away against Los Altos at 6:45.