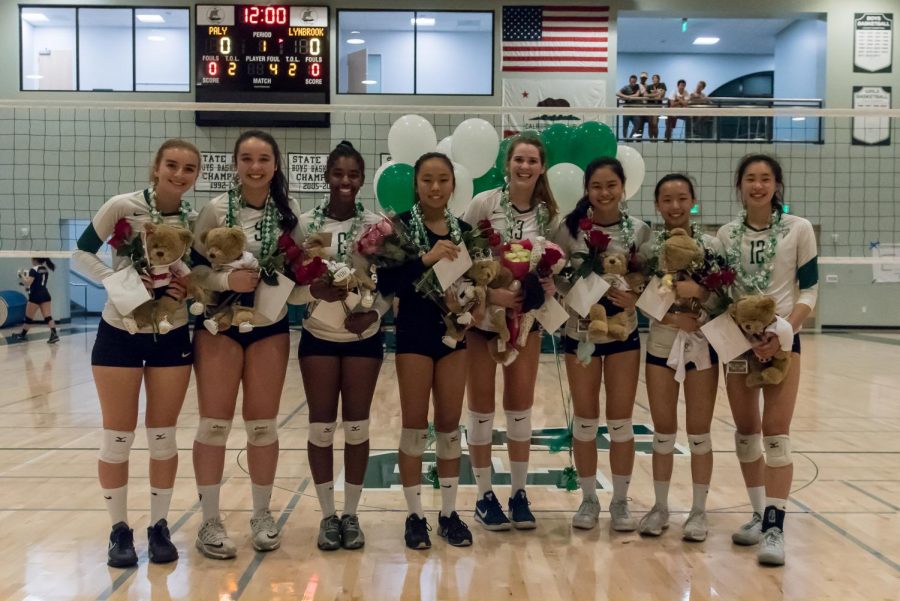 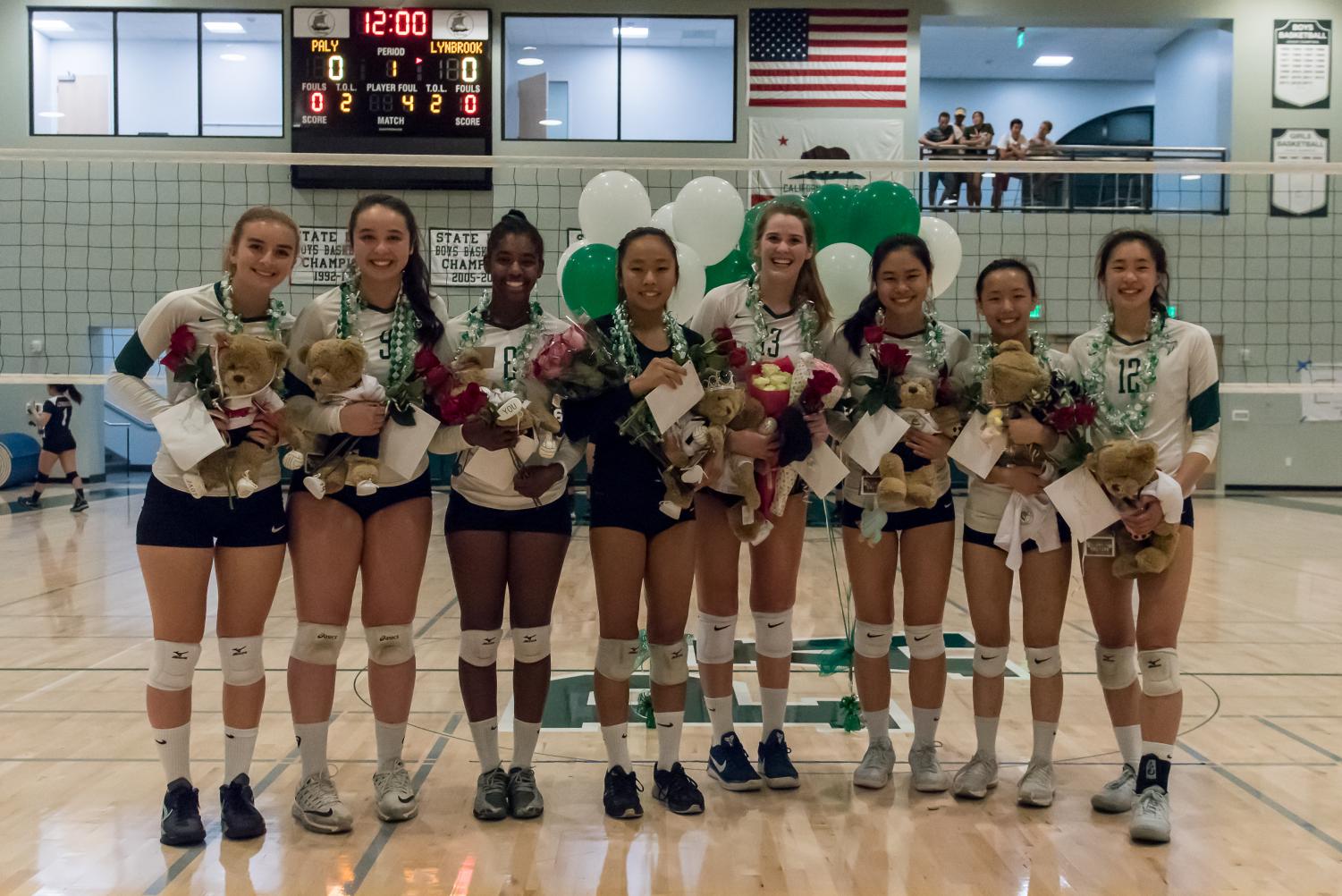 During their senior night and last regular season game, the girls varsity volleyball defeated Lynbrook in three sets on Thursday.

“It was really great to end on a high note. I’m sure a lot of seniors are proud of how well we’ve done in league this year,” Fan said. “The parents and non-seniors got together and made a really nice ceremony before the game to celebrate the 8 seniors graduating this year.”

In the first set, the girls outplayed Lynbrook winning with a score of 25 – 17. Mia Gibbs (‘20) had a great set, getting plenty of blocks and finishing several spikes.

In the second set, the girls were able to battle it out with a score of 25-23, with an impressive performance from Limb. She had several digs which helped carry the team to victory in the second set.

In the final set, the girls easily overtook Lynbrook, finishing the game with a full lineup of seniors.

The team finished the season 12 – 0 in league and is going to be in the open division next year. The girls look to improve their record in the CCS quarterfinals next week.