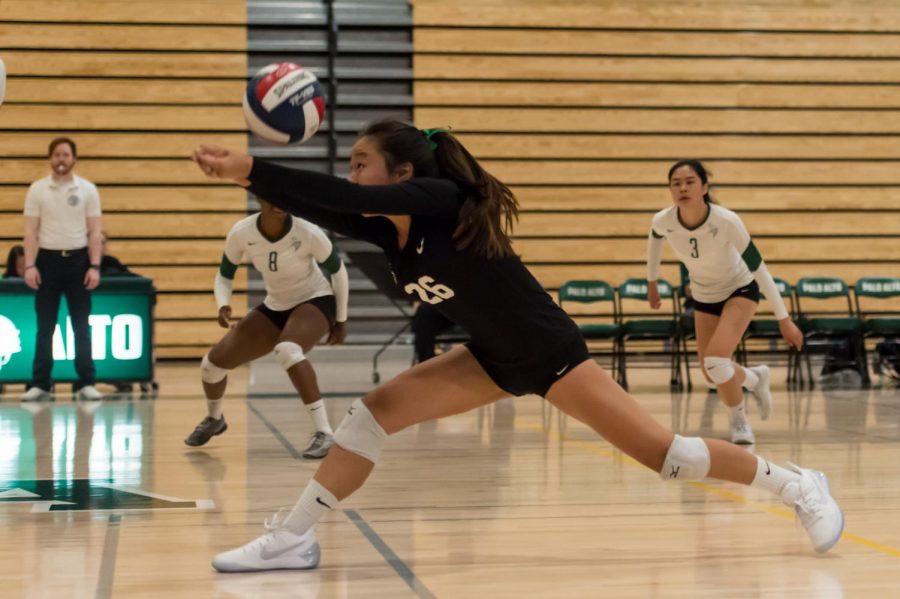 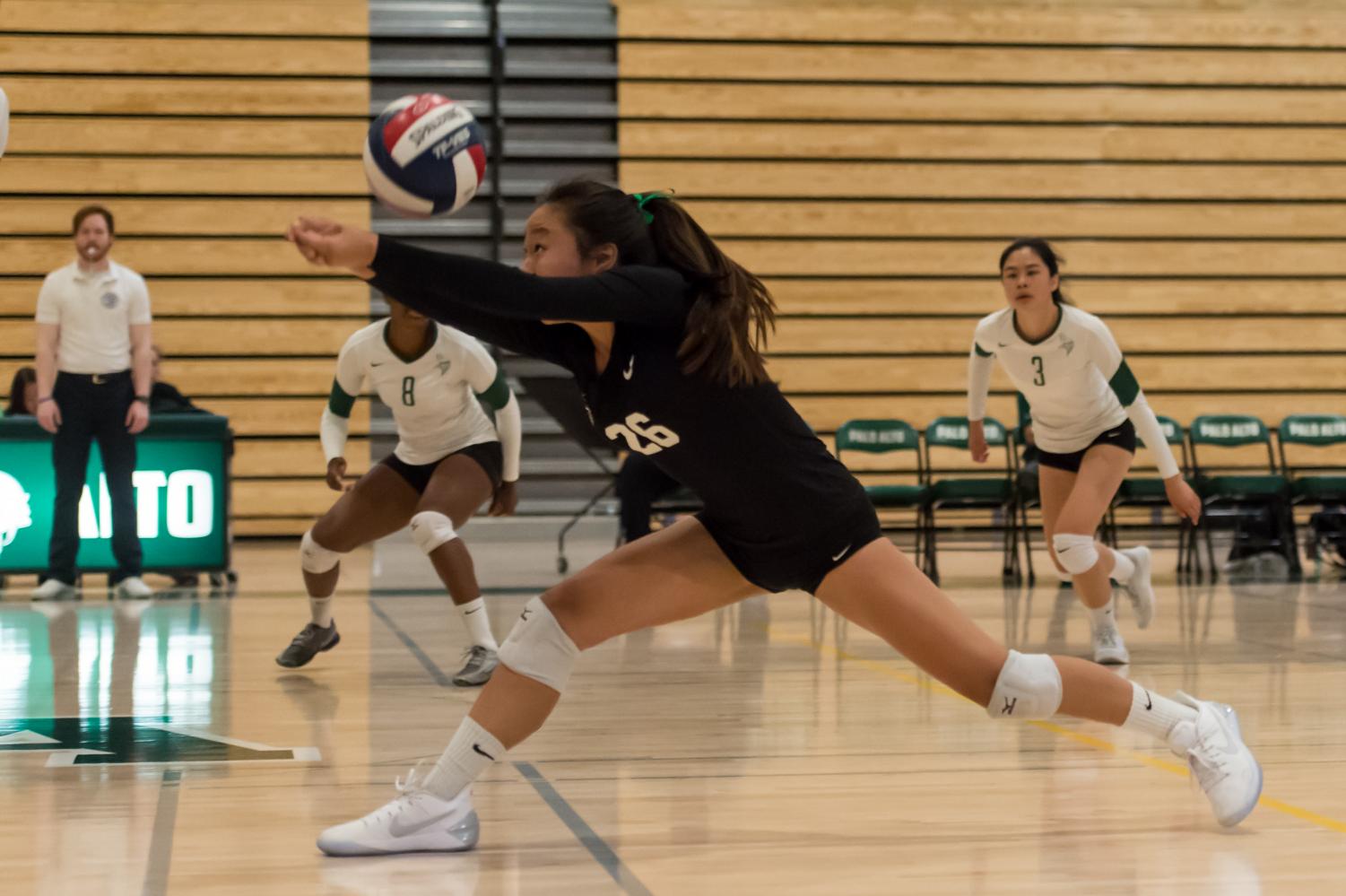 The Palo Alto Girls Volleyball team was defeated by Oak Ridge in a 5 set thriller on Wednesday night.

The vikes came out strong, however, Oak Ridge responded by tying it up late in the set. The girls went on to win the first set with a score of 27-25. Chelsea Fan (‘18) and Susanna Limb (‘18) had stellar performances. Besides the seniors, all three freshman played, Kylie Mies (‘21), Sophia Krugler (‘21), and Trisha Razdan (‘21).

“It was intense but the upperclassmen really helped me adapt to the game and regain my focus,” Mies said.

The second set did not go as well for the girls, they let up 6 points early and were unable to close the gap.The girls ended up losing the second set with a score of 25-18.

However, Paly did not give up, they ended up tying the game at three. The game went to the fourth and fifth set, in which the girls unfortunately lost in set 5.

This loss terminated their undefeated league season. The girls are looking forward to next season and what the young players can bring to the team.

“Although we are losing a lot of talented seniors, I have high hopes that next season we will do just as amazing,” Mies said.