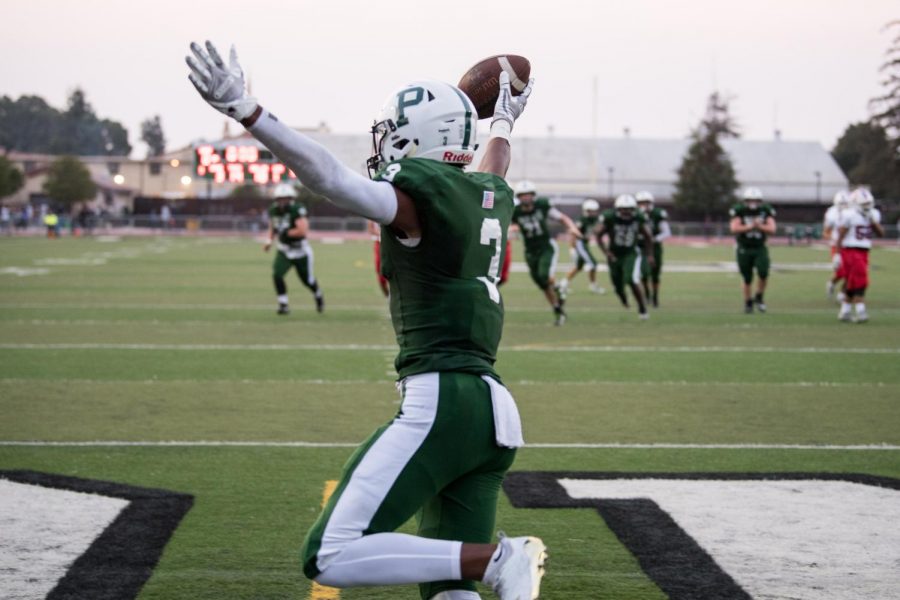 Coming off a 3-8 campaign last year, the 2018 Palo Alto football team is looking to rebound under a new regime with Nelson Gifford now at the helm.
The Vikings were depleted by graduation this year, as eleven seniors left, including key contributors such as running back Paul Jackson III. Jackson finished his career with 2741 rushing yards and 28 total touchdowns, and overcoming his loss will be a hurdle for the team this year.
“It feels amazing to be back,” Gifford said.
This is Gifford’s return to Palo Alto High School after he graduated in 1999 from the school. One of the first things he did as coach was get all the players custom-fitted Vicis helmets. Palo Alto hasn’t had a winning record since 2012, but Coach Gifford is looking to change that in his first year.
“When you present students here with a problem, they are all to willing to undertake it, digest it, and process it,” Gifford said.
Many of the players already have tons of respect for Coach Gifford and can see his abilities as a coach.
“Our new coach has made us create a new bond, build great chemistry together, and his system fits well with us,” said cornerback Damion Valencia (‘19).
Valencia has led the defense for the past three years, starting at cornerback for all three. The offense is lead by second-year wide receiver, Jamir Shepard (‘20).
“I think we have a really good chance of winning league this year. We’ve made significant improvements, specifically at the offensive line,” Shepard said.
This year the Vikings are taking a new offensive approach. They are running a spread offense, which means more passing plays and more plays out of the shotgun.