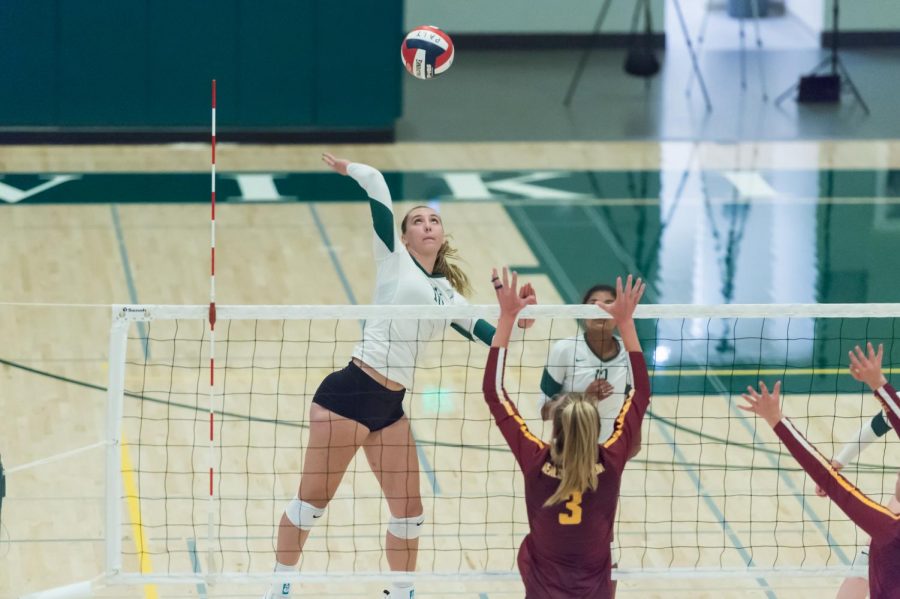 The Palo Alto High School Girls Volleyball team is getting ready for their 2018 season with new head coach Benji Saetang and a young team that’s ready to win. Saetang is no stranger to the Paly volleyball program, having coached JV for the past year, and already has a plan for his team.
“I want to focus on a lot of eyework this year, being as efficient as possible, and playing hard, tough defense” said Saetang.
The Lady Vikes are coming off an undefeated league season, and are looking to replicate that success again this year. The team lost eight key seniors, three of which have continued their volleyball careers in college. Major returners include Amelia Gibbs (‘20), Mallory Kuppe (‘19) and Ashlyn Callan (‘19).
Due to the number of players that graduated last year, the team this year leans towards the younger side.
“It is a young mindset, but they’re all friends on and off the court,” said Saetang.
Last season the Vikings went on to CCS playoffs in the open division, but their season was cut short with a loss in first round of Norcal playoffs.
“Our goal this year is is to win league and hopefully do well in CCS,” said Sophia Krugler (‘20).
The team looks to start the year strong and is working hard to ensure they go beyond last year’s successes.
“To prepare for this year we’re doing weights two to three times a week, in addition to practices,” said Callan.
Despite the many new additions to the team, the players are as close as ever. Senior players Callan, Kuppe, Maria Fletcher and Siena Brewster look to lead and inspire the team in another fantastic season. With the clear talent and skill of this team, the sky’s the limit.
The team hosted Woodside last week in their first scrimmage of the season. Because it was an unofficial non-league match, no score was kept, but the team saw it as a great start to the season.
“The Woodside scrimmage was a fun way to kickoff the season,” said Krugler. “It was the first time we played together, so it was cool to see our chemistry on the court”.
The Vikings also played Menlo Atherton in a non-conference game last week, falling 3-1 in a hard-fought game.
This Tuesday, Paly takes on the Titans at Gunn, and like any Gunn vs. Paly game it is bound to be exciting. This is not a game to miss out on and every Viking should be at Gunn High School at 7 to cheer them on. Make sure to show up, wear Paly gear, and support your fellow Vikes!