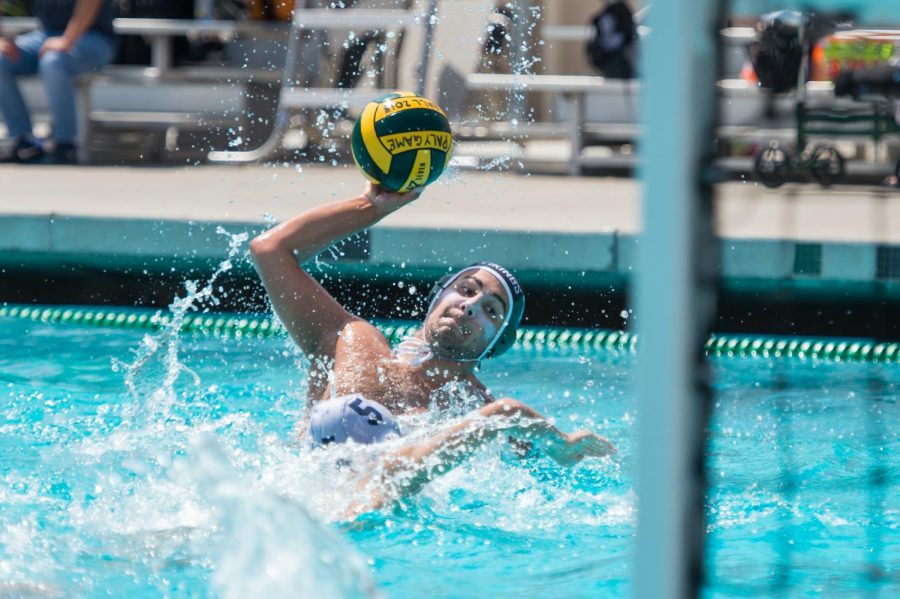 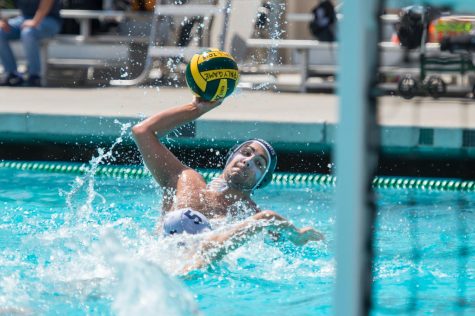 Paly Boys Water Polo defeated Homestead at Paly on Tuesday night by a final score of 8-5. Driver Ryan Stanley(‘19) opened up the scoring three minutes into the game and never let up, finishing with five of Paly’s 8 goals including a highlight reel spike goal in the third quarter. While Stanley got it done on the offensive end, goalie Ben Rappaport (‘20) locked it down on the defensive end with an impressive 18 saves including multiple one on one stops.
“I was so excited for the season and the adrenaline and anticipation made me play the best I could. I also knew how important this game was for our team so I made sure to put my all into the game,” Rappaport said. Not only was this an important game due to the strength of Homestead, it was also the league opener. Teams usually do not have the great team chemistry that the Vikings have this early in the season, but this team is proving to be an exception. When asked about the team’s chemistry, captain Javid Alasti(‘20) raved about the team.
“I think our team chemistry is very important. We get a lot of goals because of how many goal scoring options we have. If we keep moving the ball around and getting everyone good looks we’ll have a great season,” said Alasti.
With the talent and chemistry the Vikings have this year, it is shaping up to be a great season.