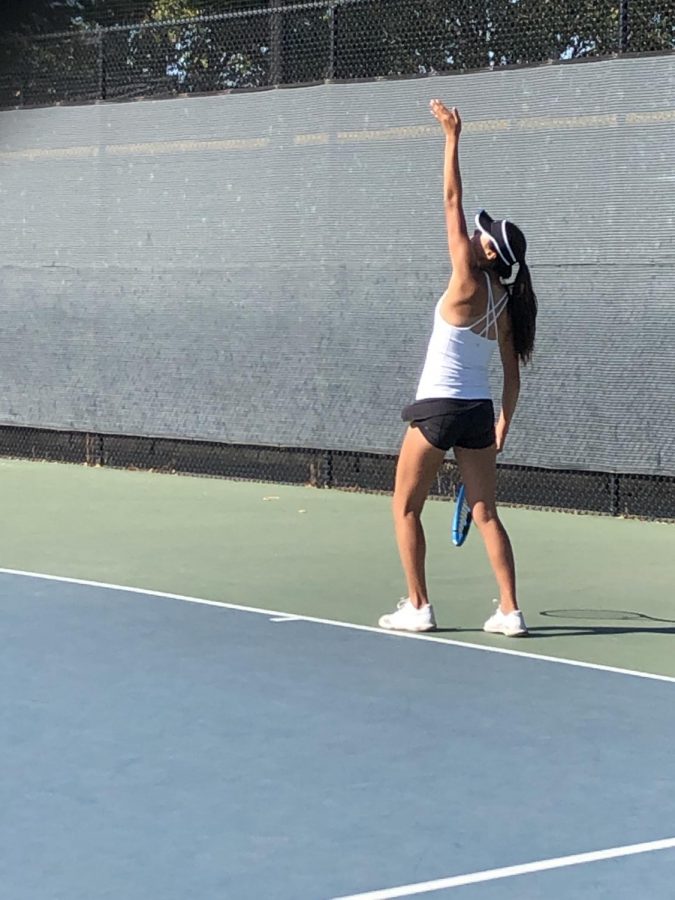 The girls tennis team swept Castilleja today, ending 7-0 in their third preseason match of the season thanks to star performances from several players.

The match was headlined by Anya Yakimenko (‘21) and Rachel Owens (’21) who each beat their respective opponents 6-0 in straight sets.

“I think we did alright,” Owens said. “We won our first two matches, but some of the matches were closer than they should’ve been.”

Although both players won their matches decisively, they remained critical of themselves and determined to make improvements in the future.

While today’s game was a good learning experience, it was essentially just preparation for the upcoming Stanford tournament on Friday and Saturday. The team will square off in 4 matches against some of the best teams in California, while only three matches into the season.

“Everyone is playing really well,” head coach Andy Harader said. “We’re going to play a tournament at Stanford on Friday, and we’ve won every match decisively so far. We’re starting to iron out our lineup for the tournament.”

Although to some it may seem as though the team running as a well-oiled machine already, there is still work to be done.

“[We need to be] working on volleys, and court movement in doubles,” Harader said.

It was a consensus among the players that today’s match was a step in the right direction, but the team will surely be tested this Saturday.