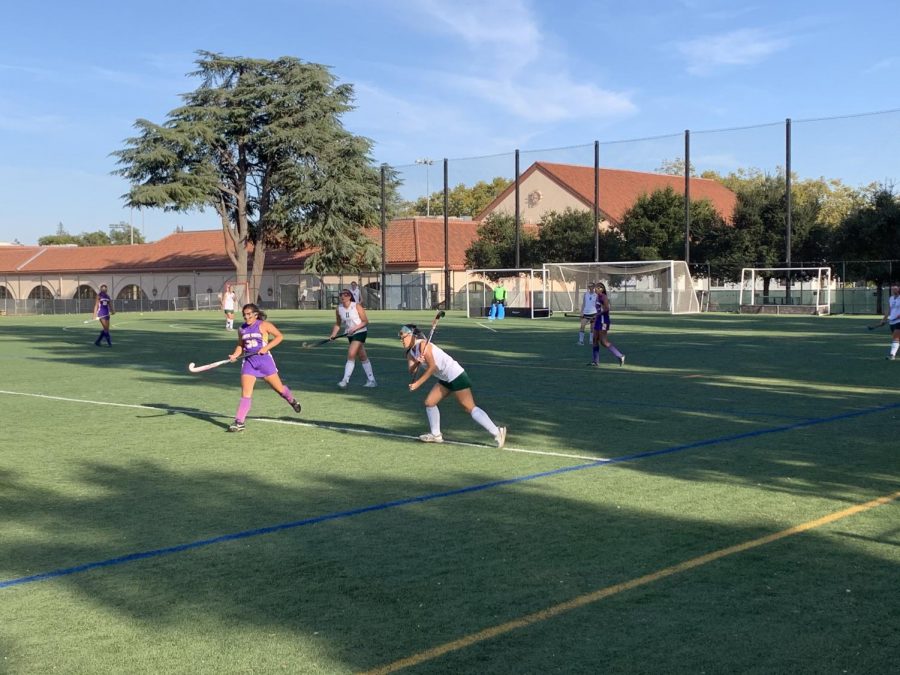 The Vikings faced off against the Monta Vista Matadors today in what you could call a defensive and well fought battle. The Vikings were able to hold off the Matadors and win with a score of 2-0.

The game got off to a slow start, as there was only one shot on target for both teams combined in the first 15 minutes of the game. The Vikings were able to control the ball for most of that time keeping the ball on their half, but they weren’t able to capitalize with their possession due to turnovers.

The Vikings ended the scoring drought with 12 minutes left in the first half after Alexa Gwyn (‘21), hit a beautiful chip shot that scored over the goalie’s head into the back of the goal.

The defense for the Vikings was utterly dominant, rarely allowing the Matadors to get anywhere near the goal. It was almost as if someone had placed a brick wall in front of the Viking goal before the game.

“It’s not just the defenders job, it’s everybody’s job to make sure the ball stays on the opponent’s half of the field” Siskens said.

At the end of the first half, the score was 1-0 in favor of the Vikings. The main theme of the first half was defense as both teams did a great job of keeping each other away from the goal. Both teams managed to pass the ball around, but couldn’t quite figure out how to put it into the goal.

The game culminated with a score of 2-0 in favor of the Vikings. The defense managed to shut out the Matadors, leading the team to a decisive victory.

The team hopes to build off this win and continue to keep improving as the season goes on.

“Stronger passing, accurate passing, dribbling on the move, receiving, and better first touches are all the basic skills I hope to improve on this season” Coach Jenny Crane said after the win.

Next Tuesday the Vikings will host Homestead in hopes of keeping the win streak going.