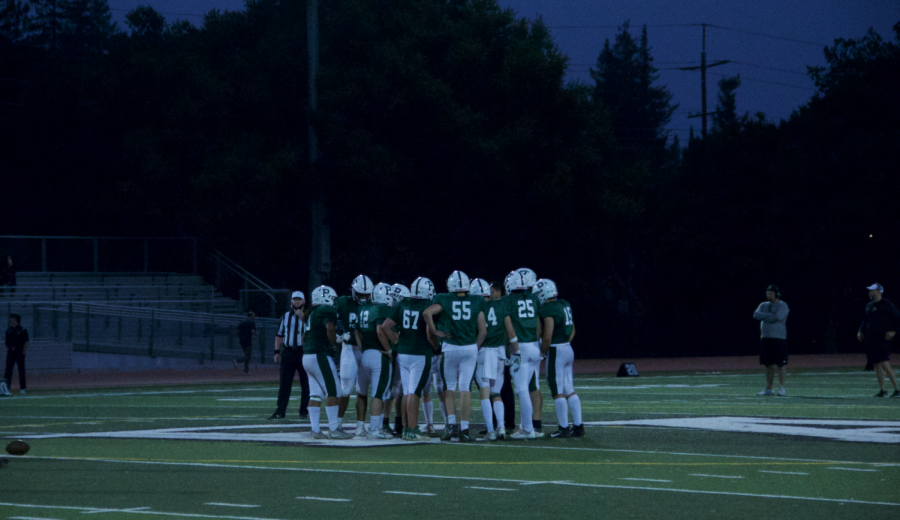 The Viking football team is looking to bounce back from a disappointing 2-3 record in the condensed pandemic season. Their season started with an encouraging performance in a preseason scrimmage against a tough opponent Archbishop Mitty.

The Vikings were not given a chance by many going into the game but proved the doubters wrong with a dominant show of power that led to the defeat of their opponents from San Jose. Star running back Josh Butler (22’) states, “PALY will be back to the powerhouse we once were.”

The energy in the locker room reached an all-time high, with players having belief in the team that they will have a successful season. Especially after a 6 game season that was full of question marks on whether it would even happen or not, a full season will be a real treat for Vikings fans alike.

Both offense and defense are looking on the upswing, with senior quarterback Danny Peters returning for his final season. Their receiving corps is led by two-way player Brody Simison (22’) and Blake Chase (‘22), who both snagged touchdowns in last week’s game.

Simison is looking to be a crucial swingman for the team this year, playing receiver, cornerback, punter, punt returner, kick returner, and some quarterback as well. The backfield consists of Josh Butler, Jack Newman, and fullback/linebacker Charlie Hoke. The other side of the ball will be a team strength as well, with veteran seniors Rowan Felsch and Alex Born leading the defense.

This year’s seniors will be looking to make up for the games that they missed out on last year, and lead the team back to where we all know it belongs: at the top.

“We’re treating this season like a rebirth because of sports being canceled and restricted. Playing with our boys and showing everyone what we had taken away from us means everything to the team and me,” Peters said.

The Vikings will be kicking off the season against some competitive private school opponents, with their first two matchups being against St. Ignatius and Serra, CCS ranked 7 and 1, respectively. The game of the season will likely be the home game and homecoming showdown against rival Los Gatos high school, on October 15th. PALY’s long-lasting rival will likely have high hopes walking into the Viking stadium, returning with an impressive 5-0 record from the condensed pandemic affected season, with their most recent matchup against the Vike’s resulting in victory at Los Gatos.

The Vike’s are looking forward to another exciting season with the long-anticipated return of packed stands and are certainly looking to put on a show.