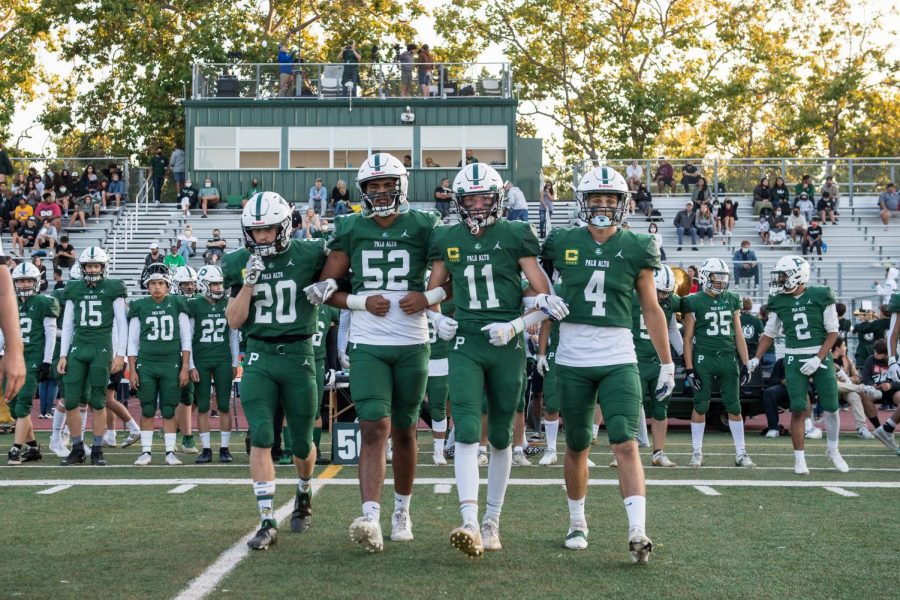 Paly football suffered a devastating defeat to Junipero Serra in their clash at home Friday night, losing by a score of 41-14.

Serra started the game off red-hot, building a lead of 41-0 going into the half.

Spirit in the stands remained high throughout the game despite the score, and it eventually helped the Vikings get two touchdowns in the second half to tighten up the score.

The student section made sure to continue showing their support to their peers on the field, acknowledging the hard work they were showing.

“Even though we lost, we still learned a lot,” he said. “It shows what we can do even against one of the highest-ranked teams in the nation.”

The Vikings will hope to bounce back next week on Friday night when they take on Pioneer High School in front of their home crowd.