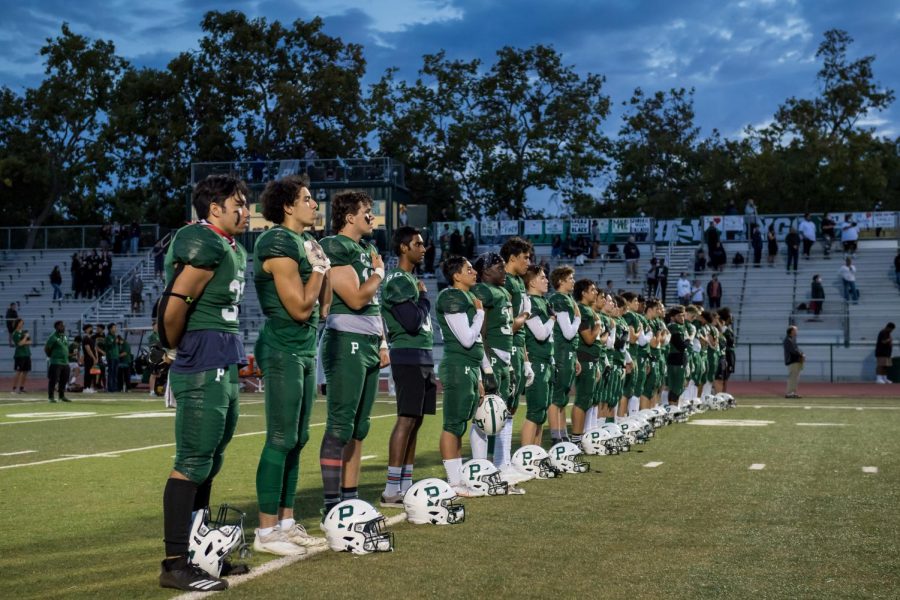 Paly football was able to get their first win of the season on Thursday, September 9th when they beat Pioneer High School 27-10.

In his first game back from an injury, senior running back Josh Butler ran riot on the Pioneer defense, scoring two touchdowns. Another notable performance from the game was that of senior Brody Simison, who continued his incredible start to the season with a pick-six.

The Vikings were just as excited as the fans in the stands from their convincing win.

“It felt great,” senior Jordan Fakatou said. “We really needed this win. We’re looking forward to building on it and continuing this winning streak.”

The Vikings hope to continue this performance on Friday, September 17th  at 7 pm, when they take on Carlmont High School in an away game.

A win in this game would see the team’s winning streak stretched. It seems like this could be a true turning point in the Vikings’ season.