Girls Volleyball Prevails with a Win Against Castilleja After a Tight Game Wednesday Night. 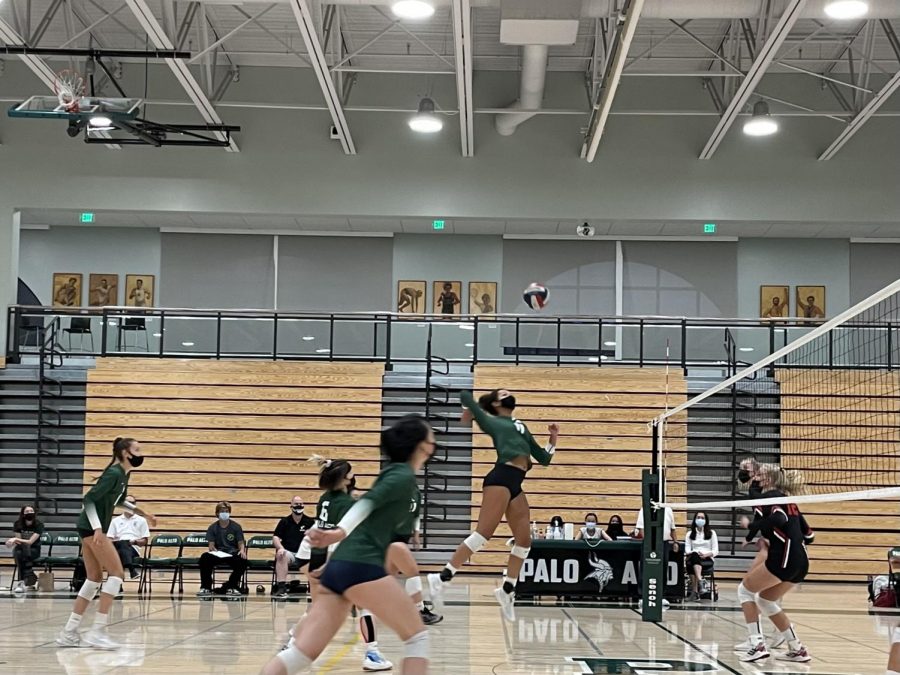 The girls Paly volleyball team battled hard for a well-deserved win after a tight game against Castilleja, ending with a score of 3-2.

The Vikings were down the first two sets but came back to dominate the final three. Right-side hitter, Alison Xiong (‘22) and middle hitter, Olivia Harrison (‘22) rose to the challenge and shut down the Gators with a storm of kills.

The first set was tight, ending with an unlucky score of 25-23. Spirits were down as the second set was lost 25-17, but the Vikings did not cave in.

“We were definitely off to a slow start but because of that, we had the opportunity to come back out each set and push ourselves to be better,” Xiong said.

The girls started the third set off strong, ending with a score of 25-20. Their persistence reigned on as they went on to sweep through the last two sets, an incredible demonstration of their power as a team.