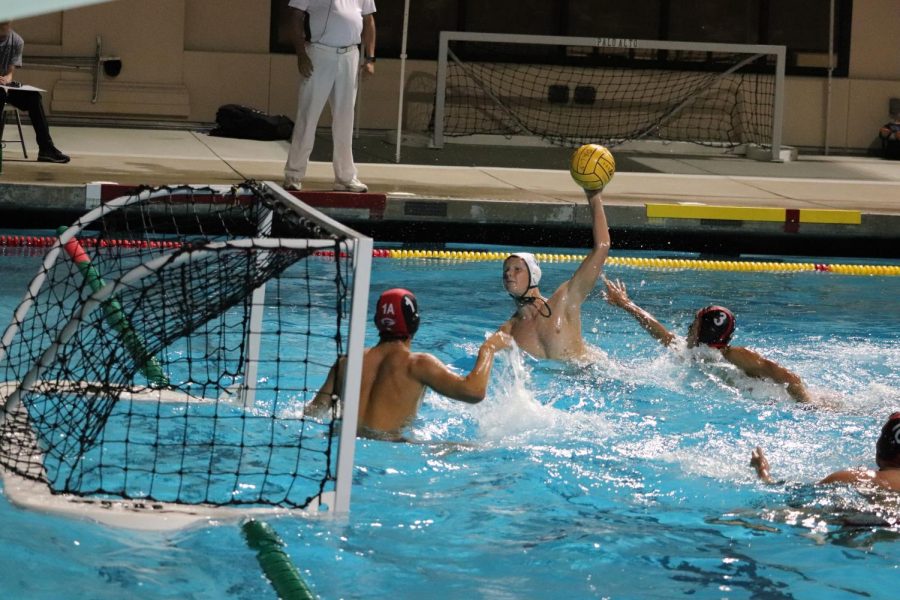 The Boys Waterpolo team in the second round of the SCVAL tournament took a revenge victory against the undefeated Gunn, beating them 14-13. The Vikes started gaining momentum in the second quarter and never looked back, edging them out in the end to win the game.

Gunn started off hot, quickly scoring three goals but Junior Julien Chow quickly responded with two goals of his own. From that point on, the Vikes started to show out against Gunn, led by Senior Jack Haney as Paly began to score goals one by one quickly creating a big lead with Paly being up by 4 towards the end of the game where Haney ended up having 6 of them by himself. Gunn tried to come back with 3 quick goals in the last two minutes of the game but Paly held on to their lead.

“When we came together, and you know, we really pulled through, and I’m just immensely proud of our team,” Haney said.

The Vikes look forward to their next game playing for the championship against Harker.

“We are zero and three with them, which isn’t great. But it’s really hard to beat a team four times and I’d say we’re looking the best we ever had. So we’re really excited to play them,” Haney said.