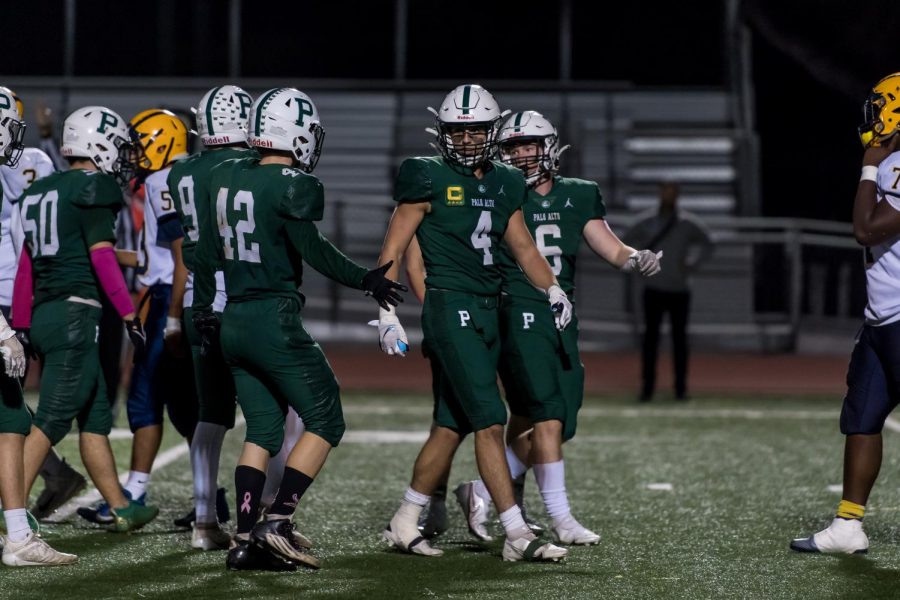 Paly football seniors are relieved after their final home game of the regular season ended in triumph, beating Milpitas in a tight 20-17 matchup. The Vikes now have a winning record of 5-4 in the DeAnza division, and currently sit in third place behind two Bay Area powerhouse schools: Wilcox, whose record is currently tied with Paly’s and the undefeated (9-0) Los Gatos High School. After speaking to a few players, the consensus was that last Friday’s game should not have ended in such a close fashion. Among these players was defensive back Franklin Tutor (23’), “We are easily a better team than Milpitas and have been in the past, the game should not have come down to the wire like that” Tutor said.

Despite the final score and unfortunate sum of turnovers, the Vikes still had their fair share of spectacular plays. Paly’s only freshman to make the Varsity lineup, Ja’meer Cooper went deep for a 53-yard reception late in the second quarter. While under double coverage, Cooper leaped up and ‘Mossed’ both defenders to set the pace for the rest of the game. Brody Simison (22’) also went deep for a 34-yard reception in the 3rd quarter to keep up Paly’s momentum. Unfortunately, Paly also suffered from two called back touchdowns. One of which was defensively by Lincoln Tutor (23’) when he stripped the ball from the Milpitas running back after the runner was supposedly called down yet no whistle was blown. The other was a whopping 83-yard reception caught by Tommy Butler (23’) which had the fans out of their seats before it was called back on a holding call. 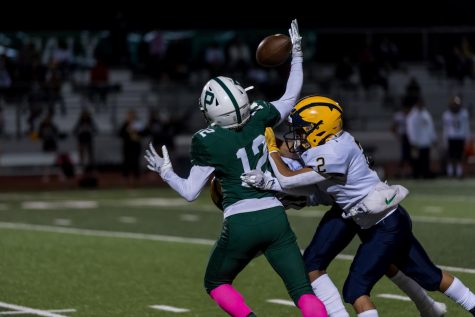