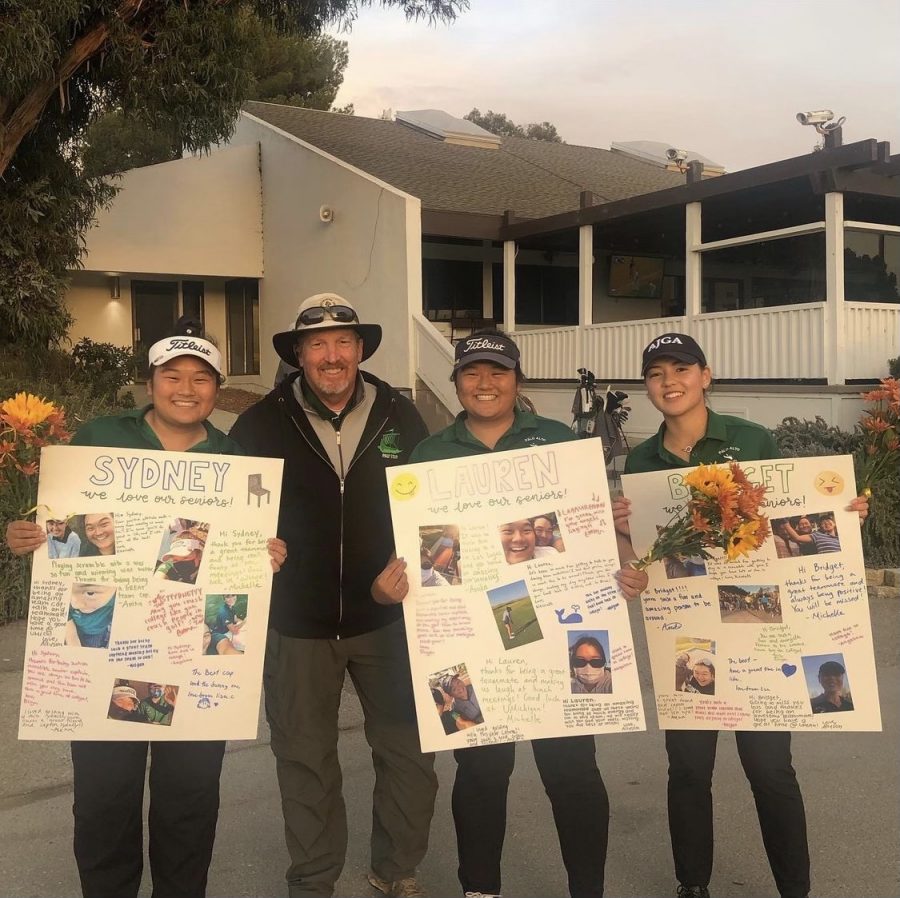 Paly Girl’s Golf placed second with a 384 at CCS Championships on Tuesday. Palo Alto beat out Los Altos in order to secure second place but came up short to Valley Christian.

“As a team, we had just come off an undefeated season and win at our league tournament, so we had good momentum going in,” O’Keefe said.

The team put together a great effort and beat Los Altos by one stroke. The buildup was quite tense, but one team member sealed the deal.

“Beating Los Altos by one stroke was nerve-racking, but our junior co captain, Meigan Lew came through at the end to secure second place,” O’Keefe said.

Each team member worked individually on honing their skills for the tournament, in hopes of getting the lowest amount of strokes for themselves and for their team’s rank. Sydney Sung (‘22) shot 70, Lauren Sung (‘22) shot 77, Alexa Pineda (‘24) shot 84, Lew shot 85, and Allyson Lee (‘23) shot 91. Senior Bridget O’Keefe placed first in the individual competition with a 68, which was an amazing accomplishment.

“It feels great to play well, and it’s rewarding to have my hard work pay off. I have good memories of our team wins at CCS the previous couple of years at Laguna Seca, and competing in this event for the last time was really fun,” O’Keefe said.

The team looks to defend their state title next Monday at NorCal Girls Golf Tournament.

“We all learned a lot about our own games and how to improve before the NorCal tournament on Monday,” Lauren Sung (‘22) said.