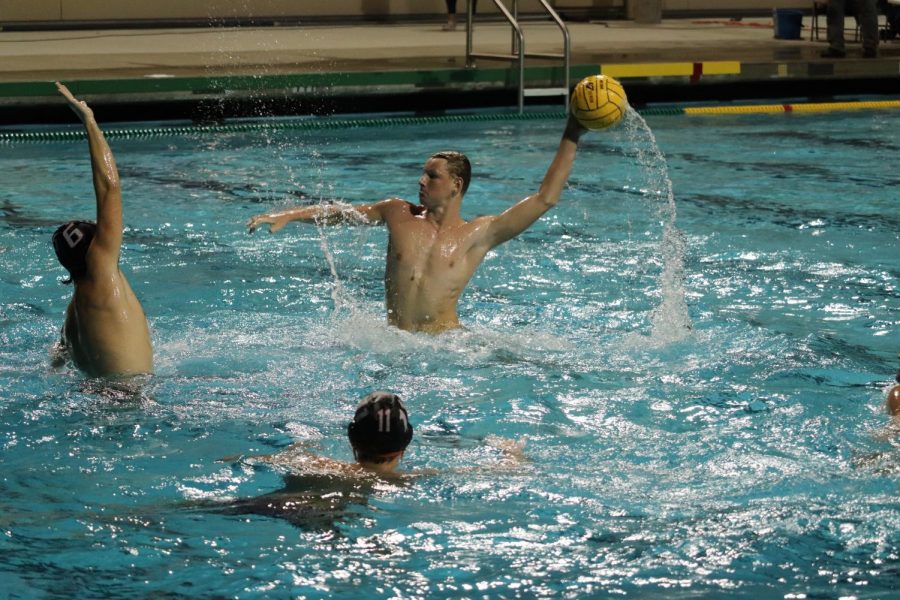 The Paly Boy’s Waterpolo team defeated Woodside 13-11 in the CCS semi-finals, advancing themselves to the CCS championships. Before today, Paly had played Woodside in the Harker tournament, facing utter defeat but looked for today to get some revenge.

Revenge? They indeed got as the boys started out hot, immediately scoring the first goal which got them started. They soon went up 4-2 and held onto that lead for the rest of the night.

“Guys actually really played well from the beginning to the end,” Coach Bob Greene said. “Like we played really good defense, everybody contributed and we had fantastic defense in the cage and it worked out really well.”

Paly was led by Julien Chow (‘23) and Jack Haney (‘22) as those two looked unstoppable tonight, respectively scoring six and four goals each. The game was going back and forward as Woodside tried to make up the gap between them but it was not enough as Paly eventually held them off to win the game.

Paly looks to beat crosstown rivals Gunn this Saturday for the CCS crown.