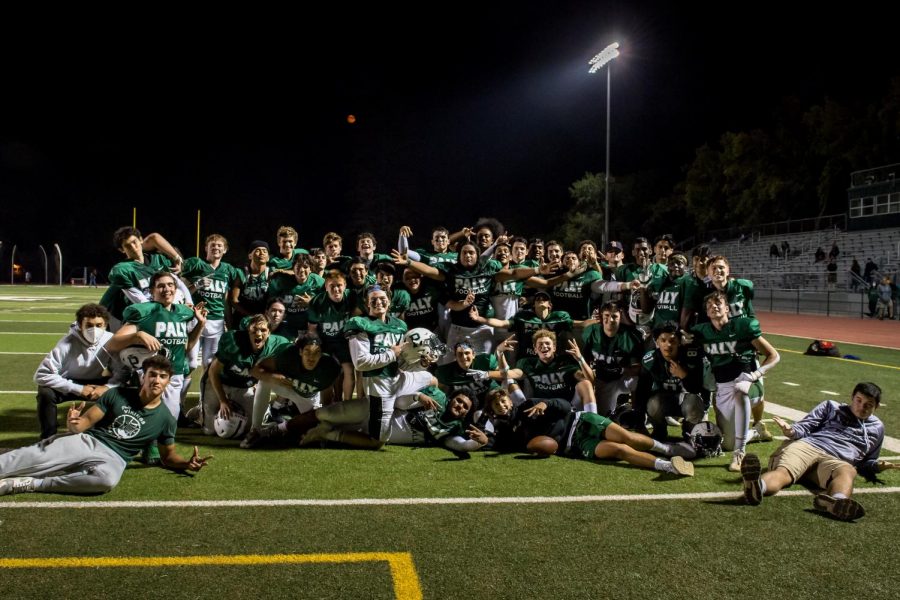 It is no secret that the football program receives far more funding than any other sports program at Paly. With that funding comes expectations, and questions start being asked when those expectations are not met.

To put it simply, it was a disappointing season. This isn’t a Viking perspective, it’s a Paly one. Anyone from the students to the teachers to the players themselves acknowledges that this season was disappointing.

Senior Josh Butler likes to see it from a more optimistic perspective.

“I never think that a football season was necessarily disappointing,” Butler said. “It’s always exciting because it’s all about learning from what we did wrong and what can be fixed for next season. Football is just education in a different form, constantly learning from past experiences.”

Finishing the season with a record of 5-6, the program is nowhere near where it wanted to be when Coach Gifford took over as head coach of the team and athletic director of all Paly sports.

One aspect of the season that cannot be overlooked is the support from the student section. From the tens of football games attended, there have been few that have had as much of an incredible atmosphere as a few of the games this year had.

Just to name a few, the “Whiteout” game versus St. Ignatius, senior night, and of course the Homecoming game against Los Gatos. Despite some discouraging results in the games against St. Ignatius and Los Gatos, the number of students that came to the game to show their support and the amount of noise they made provided an entertaining watching experience, even when the game itself was less fun to watch.

“It was exhilarating to have that many students in the crowd. I would do just about anything to satisfy the crowd,” Butler said.

It’s great to focus on the positives of the season that just ended, but it is also just as important to look at the bigger picture to see how Paly football moves forward from here. This is the second straight season in a row where the Vikings end with a losing record overall.

Ever since Paly’s loss in CCS during the 2019 season, there have been few wins to cheer about, a reality unknown to many in the community.

A series of injuries to key players, such as seniors Blake Chase and Josh Butler caused the offense to run thin for most of the season, with defense also seeing some significant blows in terms of injury news.

One thing is for certain, though. The program will bounce back, and we will once again see the Vikings football team that we have all grown to love and support through thick and thin.