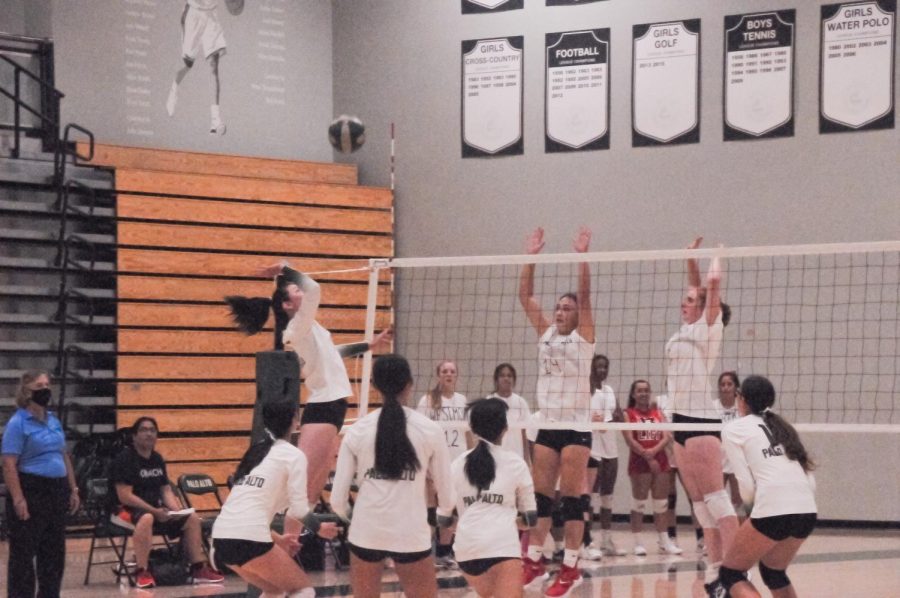 Last Thursday the girls volleyball team competed against Gunn in a close match and an amazing comeback that kept the Viking fans on the edge of their seats.

“It was definitely a thrilling match, we were down 0-2 and we obviously didn’t want to go down to Gunn in 3, so we all decided as a team we weren’t going down without putting up a fight, we were going to play as aggressively as we could and be as loud as we could, and we ended up reverse sweeping them which was a very satisfying feeling!” Jess Watanabe (‘23) said.

After losing two of the first matches to Gunn, the team really brought the heat and didn’t let the pressure deter them from playing their hardest.

“Obviously it feels great to make a big comeback, but as a team I feel we could have played more competitively from the start.” Evie Kramer (‘23) said.

As both teams are from Palo Alto, the bleachers had an even amount of Gunn and Paly supporters; the Gunn parents were taking part in chanting and vocal support just as much as the Paly fans.

“Gunn played such a good game and while there is a rivalry, it is a friendly one!” Kramer said.

“I’m super proud of everyone and proud of the fight that we put up.” Watanabe said.