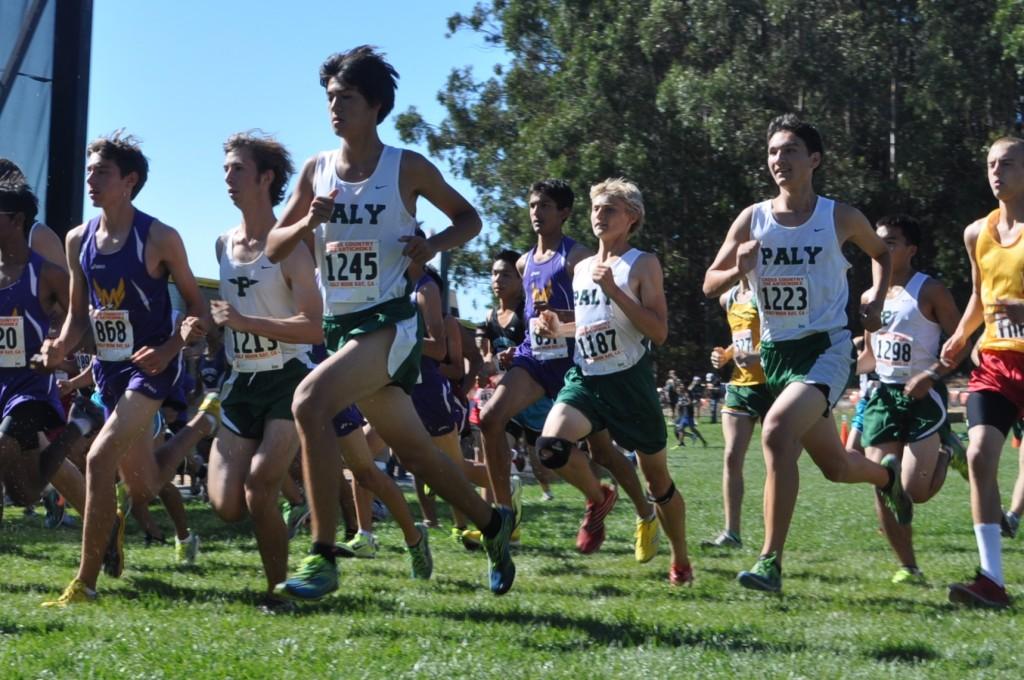 Ben May (’13) surges to the front of the pack in the Artichoke Invitational cross-country meet.

The Paly boys’ cross-country team placed fourth out of 15 teams at Saturday’s Artichoke Invitational at Half Moon Bay High School.

Although the meet lacked competition from the Santa Clara Valley Athletic League (SCVAL), May was pleased with how the team performed.

“It’s pretty hard to say how well we did in terms of SCVAL and CCS [Central Coast Section], mostly because there was the Clovis Invitational the same day, but I think we all did well and we had some surprising times from the team,” May said.

The team will have a chance to see how it stacks up against league opponents at the SCVAL Preview Meet at the Crystal Springs cross-country course this Tuesday, Oct. 10. The meet was rescheduled from last Tuesday due to heat concerns.