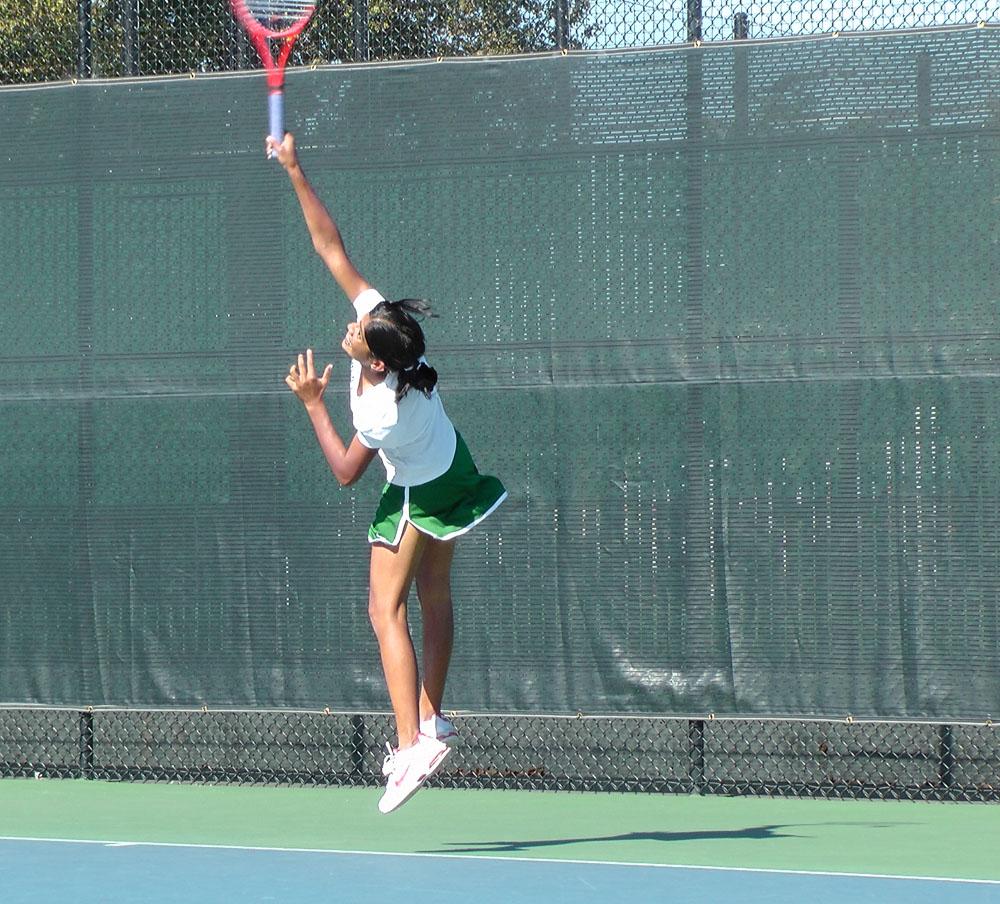 The team recieved strong showings from underclassman Aashli Budhiraja (’14) and Sam Dewees (’14), who both won their matches 6-2, 6-1.

The Lady Vikes’ hoped to get revenge after a tough loss to Los Altos last year.

“We didn’t do very well against them last year, but this year it was a totally different story,” Wang said.

Wang has been one of the best on the team as of late, winning 11 out of her past 12 matches.

The team hopes to get on a hot streak when they battle cross-town rival Gunn at Cubberly at 3:30.