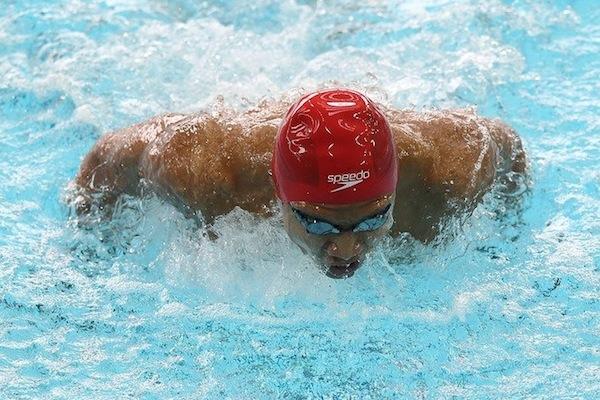 On October 1st, Palo Alto High School swimmer and Olympic trialist Andrew Liang (‘14) announced his intentions to stay in Palo Alto after verbally committing to Stanford University. Also considering offers from Harvard and Princeton, Liang decided the Cardinal was the best fit for him.

“Stanford was the number one choice for me,” Liang said. “It was a school I had always wanted to go to. Stanford’s swim team is better than Harvard’s and Princeton’s.”

According to collegeswimming.com, Liang ranks fifth among swimming recruits in California, and has been swimming competitively on the Palo Alto Stanford Aquatics (PASA) team since the age of ten. Under coach Tony Batis, he competed in the U.S. Olympic trials in 2012.

Already an All-American by his junior year, Liang finished the 100-yard fly during League finals with a time that beat the record of past Olympic gold-medalist and SCVAL swimmer Mark Spitz that was set in 1967. Liang’s speed has helped carry both his PASA and Paly team to several wins.

Liang is confident in his commitment to the Cardinal.

“I visited Harvard a couple of weeks ago and visited Princeton last week,” Liang said. “I didn’t want any regrets about choosing Stanford.”

Liang’s commitment will not be official until the first week of November when he officially signs his National Letter of Intent. Liang is now the second athlete from the Paly class of 2014 to commit to the Cardinals following quarterback Keller Chryst (’14).