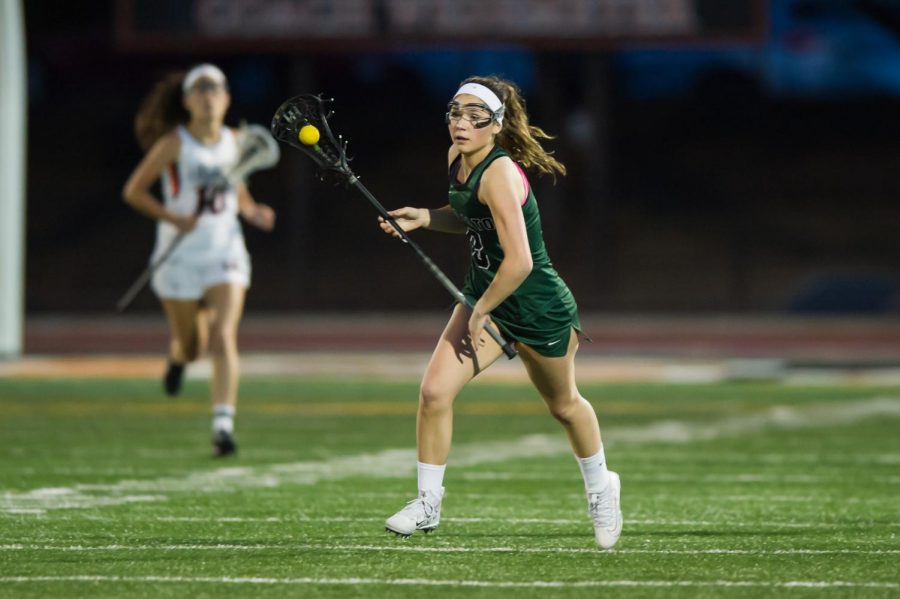 Emily Wood ('19) charges toward the goal. 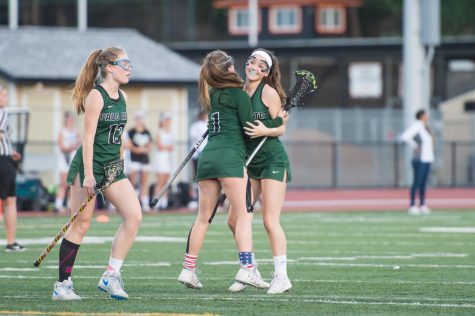 Wood earned her spot on Paly’s Varsity Lacrosse team her freshman year and has been a key player ever since. She started playing back in 2008, joining her first tournament team in 2012. Despite being an experienced player, her teammates would describe her as “lighthearted.” She is constantly making everyone laugh and have fun because she truly believes that having fun is what matters.

“My favorite part about lacrosse is bonding with the team. That’s why I initially started lacrosse and the main reason why I’ve continued,” Wood said. “It was all about being with my friends and just having fun.”

This fun-loving spirit fueled her many years of club lacrosse all the way up to her freshman year. After her first Paly Lacrosse season, she started exclusively playing school lacrosse.

“I like Paly lacrosse better than club because you form a special bond with your teammates when you are with them practically all the time [everyday at school and at practice six times a week],” Wood said. “We also have more games during school season which is fun.”

While Wood admitted that club lacrosse has its perks too, like meeting new people from different schools, she still would choose school over club any day.

“I like getting the chance to bond with kids from different grades at Paly. That was something that I really liked about being a freshman on varsity: hanging out with the seniors and having them as mentors,” Wood said.

These senior mentors that paved the way for Wood on the Varsity team have now long graduated and, as she rises into this senior role, she looks forward to taking on this leading position.

“This season I’m hoping to become a team captain,” Wood said. “I’m really just looking forward to guiding some of the younger players and making it the best season it can be.”

Looking onto this upcoming season, Wood can hardly wait to carry out her favorite team traditions one last time.

“My favorite team tradition is having our team dinners and the initiation of the new varsity members. I definitely look forward to these things every season,” Wood said.

While Wood has enjoyed years of lacrosse she would never take back, she has certainly encountered some bumps in the road along the way. Constant creation of injuries is something that many hard-working athletes endure, but Wood has endured more than most.

“My sophomore year I got a concussion during lacrosse season and that concussion lasted for about a year which was really hard, not being able to play for so long,” Wood said. “I’ve also had more ankle injuries than I can count, which has really been a constant issue for me.”

In the end, everything is worthwhile for Wood because she is forming memories that she will remember for the rest of her life. Her favorite memory so far was the game against Paly’s cross-town rivals Gunn High School her freshman year.

“When we were playing Gunn, we were down by roughly six points at the half and then we managed to came back to win it in the second half,” Wood said. “ It was such a crazy game.”

After her senior season ends, Wood plans to play club lacrosse in college to make even more memories and continue to enjoy her favorite sport.