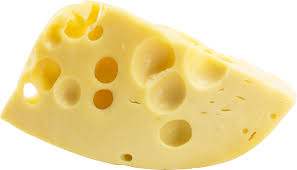 Cooper’s Hill Cheese-Rolling and Wake is an event held on Cooper’s Hill in Gloucestershire England. Cheese rolling is a sport that has been enjoyed by locals far prior to its first documentation in 1826. The competition was originally held on Whit Monday which is at the beginning of June, but it was later changed to Spring Bank Holiday which is in early May.

The event consists of a seven- to nine-pound round block of Double Gloucester cheese being rolled down a hill and competitors chasing the cheese down the hill, with the first person capturing the cheese being declared the winner of the contest.

Although this contest may seem harmless, the event results in many injuries – as the cheese rolls down the hill and gains momentum, it can reach a top speed of 70 mph, leading to participants risking their own safety by throwing themselves down the hill in pursuit of the cheese. During the competition, a medical crew from St. John Ambulance remains on standby. In 2011 the event was held with no management because of safety concerns with people attending the event, and since 2011 the event has taken place without any real management. Those interested in cheese rolling should therefore participate at their own risk!

Canal vaulting, also known as Fierljeppen, originated as a mode of transportation in the Netherlands; the sport, native to the Dutch province of Friesland, came to be due to the large amounts of canals that made passage across the country difficult without some creative thinking.

In the late 18th century, this activity, rooted in convenience, evolved to include a level of competition to its complexity for the Frisians; however, it was not until the mid-20th century that Fieljeppen became recognized as a real sport.

Competitors run towards and leap onto a pole, which is between 8 and 13 meters long, sticking out of the middle of a canal. Upon contact with the pole, the participant’s main goal is to climb high enough onto the falling pole in order to clear the canal and land safely before the pole hits the other side of the canal. A competitor’s success is measured by how high they managed to climb the pole, and thus, how far they ended up from the shore. Failure, on the other hand, means not being able to clear the canal, and falling in the water instead of landing on the ground.

This has become a popular sport to both participate in, and observe, around the world. People who think they have what it takes to make the leap travel to the Netherlands in order to be able to partake.

Imagine the greatest challenge known to mankind: a sport that combines a test of the mind with a test of skill and athleticism. This is the vision that Enki Bilal had when creating the sport of Chess Boxing in the comic Froid Équateur in 1992. The sport originated as a boxing match followed by a game of chess.

In 2003, Dutch performance artist Iepe Rubingh, who goes by the nickname Joker, slightly modified the format of the sport and established a formal set of rules for the first chessboxing competition. That same year, the World Chess Boxing Organization was established, and the first chess boxing world championship was held. Interestingly, the winner of this world championship was none other than Iepe Rubingh, the creator of the sport himself.

Since the creation of the sport only 17 years ago, chess boxing has grown exponentially. In 2020, there are over 10 chess boxing leagues in the world stretching from Mexico all the way to China. Rubingh believes that this sport has grown and will continue to grow because of its benefits on both the mind and the body. “Chessboxing makes you fit for life,” Rubingh says. “It polishes you.”