As he lept into the air at the goal line in an attempt to surpass the defense and further his team’s lead in a game last year, football running back Jahvid Best of the University of California Berkley was wrenched down to the artificial turf by an Oregon State defender. The back of his neck was jammed into the ground and his helmet instantly flew off.

As seen in a YouTube video, Best bounced like a rubber ball for two seconds before coming down to rest stiffly on his back, resulting in a severe concussion and back injury.

If a girl were in a similar position, it is likely that her muscle structures would cause a different injury because girls and boys have different builds. They play sports differently, run differently and jump differently; all of these lead to distinct injuries.

After age 12, boys and girls develop at different rates. Girls’ legs start bending inward at the knee, leading to common injuries such as ACL tears. Because of their leg alignment, girls’ tendons are more likely to tear if they land with their knees going inward.

“It was like I felt a huge pop and I felt like something exploded in my knee,” Osagiede said.

Osagiede elected to pass on surgery, which commonly heals torn ACLs. Nevertheless, Osagiede does not think her injury compromises her playing.

“If anything, it has made me be tougher, because when I injure myself it’s because I’m going too soft and the other person’s going harder on me.” Osagiede said.

Osagiede is not alone in her recovery, as girls are four to eight times more likely than boys to tear their ACLs, according to Harris, who estimates that on a girls team of 10 or 12 girls, at least one needs surgery during a season. According to Elizabeth Quinn, a sports medicine writer, more athletes are tearing ACLs at younger ages, or during their teenage years. To help prevent injuries, Harris recommends one to two months rest every year between seasons and one to two days off a week in order to recover.

Boys begin to fall victim to lower leg inuries as their muscles grow rapidly because of their tighter joints combined with muscular and skeletal overuse.

“Muscle pulls and things that put pressure on joints because the muscles around are too tight [are the most common injuries in boys],” Harris said. “When [boys] go through that growth spurt, the growth is more dramatic than it is in girls and their muscles tighten up.”

Paly varsity football running back Ben Macias (‘12) was playing in the junior varsity homecoming game during his sophomore year against Los Gatos High School when he tore his MCL, ACL and miniscus while tackling an opponent. After surgery and physical therapy, his injury has slowly began to heal. But even a year later, he is still injured and unable to play today.

“There’s no way to prevent [injuries from happening], it’s just a risk everyone takes if you play football,” Macias said.

On top of dealing with the injury itself, athletes must endure extra practices and special training while injured to speed recovery.

“I itched to run every day I couldn’t [after I got my stress fracture],” cross-country runner Jessica May (‘12) said. “It was very frustrating as an athlete, I was used to running every day after school, but once I got injured I could no longer rely on running as a stress reliever and social activity [in fear of getting another stress fracture].”

The pain athletes feel and the additional training they go through while they are injured is not the end of the ordeal. Often old injuries in both genders resurface through re-injury either of the same type or as a result of playing differently.

“If you have a previous injury to a certain area, you are much more likely to re-injure it,” Harris said. “Usually [the cause of re-injury is that] the area was never entirely allowed to heal.”

Rugby flyhalf Kevin Lavelle (‘13) still feels his old injuries in his knees and back.

“I was hit just below my knee and it now hurts when I run too much or with improper form,” Lavelle said.

Although girls and boys endure different injuries, the chance of any injury is always there. Just because girls and boys are more prone to different injures does not mean that anyone cannot fall victim to a certain injury. Anyone can endure an ACL tear, a stress fracture or a concussion. If any girl went through the same scenario as Best, it is likely that she would receive a different injury. The only thing that differentiates injuries between girls and boys is the way they are built. 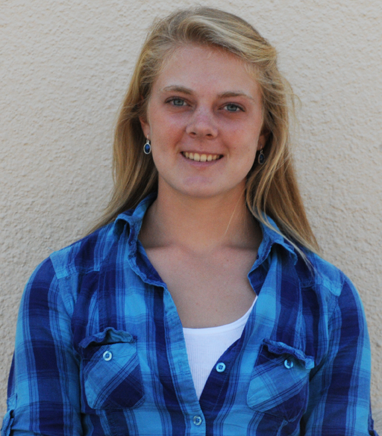 Anne is currently a senior at Paly.  She enjoys horseback riding and running, and is on Paly's track and cross-country teams.  On The Viking, she is...