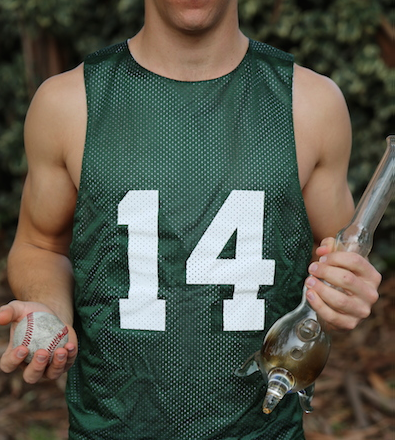 Pulling up to a house with friends, you can already hear the music blasting and the sounds of a good time. It’s been a long week of homework, tests and practice. As you walk through the front door, you have two options for the night: accept the drink that’s held out in front of you, or pass it up knowing that you have a Saturday morning practice the next day. The decision is solely up to you.

Throughout history, teenagers have been using mind-altering substances. Adolescents are driven to consume alcohol by the allure of fitting in with one’s peers, escaping the stress of an intense environment or simply wanting to try something new. At Paly, many athletes face the same pressures as other high schoolers; however, they also have the added anxiety of being part of a high-intensity sport. Committing to a sport means giving up some of the experiences that many value as part of being a teenager, including being more involved in other activities, spending more time with friends or partying. If a student athlete’s friends are choosing to use substances, they may have to make a choice: which comes first, their sport or their friends?

For many athletes, the decision whether to abstain from the use of alcohol is rooted in which team they are on and how competitive they are about their sport. The dynamic of a team greatly impacts the way its members act. If a team has athletes who drink or use other substances during the season, a student surrounded by this environment is more likely to do so as well. Likewise, if the majority of a team is clean during its season, a member may be more inclined to follow suit. The commitment of the athlete also has an impact; if someone is choosing to participate in a sport as a way to stay in shape or be involved in a group activity, he or she will most likely be less compelled to stop drinking than someone who is hoping to pursue a more intense athletic path.

For rower Paul, whose name has been changed along with all other sources in the story, the intensity and nature of his sport are what cause him to stop drinking during crew season.

“When the season is really in the swing of things and we have races every weekend, I’ll stop drinking for a couple of months at a time,” Paul said. “[I stop drinking] just to make sure I’m focused and getting faster, living as healthy as possible and not hurting my teammates.”

Fellow rower Mark acknowledges that the majority of his team also does not drink during crew season, although many do so during the rest of the year.

“A lot of people drink during fall and winter, and then stop during spring because that’s the season that really matters,” Mark said.

Although Paul, Mark and others on the crew team do not usually drink in the spring, there has been a presence of substance abuse amongst the members in the past.

“There have been a few trips where the team as a whole has partaken in smoking and drinking, but that has ended,” Mark said.

Paul agrees, noting an instance that changed the way the team acted about using substances while traveling for a race.

“Two years ago, we went to a race in Oregon and over half the people on the team brought drugs and alcohol and used them on the bus ride there,” Paul said. “Everybody got caught, a ton of guys got suspended and a bunch of people got kicked off the team. It was a really big deal because the coaches found out and interviewed everyone… the coaches are super strict whenever we go on trips now, and people [on the team] would never think about doing that anymore.”

Despite the athletes’ choices not to drink or take other substances during their most competitive season, there are also other added incentives to be clean while on the rowing team; the coaches have authority over whether or not the rowers will participate in races based on their behavior outside of the water.

“If a coach finds out that you’ve been partying before a big race, he’ll kick you out of the boat,” Paul said.

Mark also adds that the athletes are required to agree not to drink during the season.

“We sign a contract at the beginning of the year saying we won’t drink,” Mark said.

Mark and Paul’s crew teams are not alone in the idea of not wanting its athletes to consume alcohol or drugs during the season. Most Paly coaches also strongly advise their athletes to avoid going out, especially before games or meets. However, some are stricter than others. Some rules made by teams include not allowing lacrosse players to pose with alcohol while wearing Paly lacrosse gear or not getting playing time on the field for football if it is known that the player was out the night before. Under previous head coach Dave Winn, Paly volleyball players had to sign a contract saying they would not drink during the season. Julia, a player on the team, notes that there are still restrictions that the coach has for the girls.

“Last year, iff you get caught, say there were photos [of you drinking], then you would get taken off the team,” Julia said.

The tendencies of a team can shape how individual athletes behave with regards to going out. However, Julia’s decision’s about drinking alcohol during the season are largely independent of the other volleyball players.

“I specifically don’t drink or go out in general during the season because it’s a distraction,” Julia said. “Instead, I can focus on improving my game. The [club] team I’m currently on doesn’t really have an opinion on whether or not I go out; it’s just a personal choice.”

Julia sees the benefits that staying clean can have on her athletic performance, especially when looking into the future and wanting to continue to play volleyball in college.

Paly wrestler Eric also refrains from substance use during wrestling season. Although he still goes out, he finds drinking while participating in wrestling to be disrespectful towards the other athletes competing in the sport.

“I stop drinking, but I still go out,” Eric said. “It’s really bad to use substances during the season. It shows a lack of respect towards the team, sport and all the culture around it.”

When all is said and done, these athletes put a higher price on being a top competitor rather than going out and having the experience of drinking or using drugs.

“You want to make sure that nothing is stopping you from being as good as you can be,” Paul said.

Competitiveness and a desire to make one’s team the best can greatly impact a student athlete’s decision to not use substances during his or her season. Some athletes believe that their athletic performance is not greatly impacted by whether or not they consume illegal substances, while others argue that part of their team dynamic is drinking or smoking together.

For baseball player Jason, using substances during the season is part of high school and he understands the consequences they bring.

“If you’re not playing well then [you] should absolutely stop, but if you can manage it, that’s great,” Jason said.

Being on a team sport can cause peer pressure to occur among players, resulting in them to use substances during the season because the athletes spend so much time together during the week. Jack acknowledges that the players on his team take part in drinking with him.

“After a long week, a lot of guys want to go out and have fun after our week of school and practice,” Jason said.

Paly soccer player Joseph believes that continuing to partake in illegal activities to Jack does not affect the way that he plays on the field in a major way.

“I feel like [drinking and smoking] don’t inhibit my soccer playing that much,” Joseph said. “If I go out the night before an early-morning game, I’ll definitely feel hungover that morning, but I feel like it’s nothing you can’t power through.”

Although Joseph acknowledges that more dangerous substances should not be abused, he views alcohol and smoking marijuana as being less damaging to the body and thus acceptable to use.

For both boys’ and girls’ lacrosse, there is not a hard yes or no on whether or not the players can drink, but rather a personal decision that the players need to make. Boys’ lacrosse player Andrew states that although his coach does not prohibit substance use during the season, he highly recommends being clean a day prior to participating in practices or games. Whether or not this rule is followed by the team is ultimately up to the players because they are not subjected to drug or alcohol tests by their coach.

“Usually the night before games, our coach will give us a 24 hour buffer zone to clean out our bodies,” Andrew said. “But I don’t think most kids follow it. You definitely have to be more careful during the season and [not do anything] stupid to jeopardize your sports career.”

Girls lacrosse player Mary also adds that her coach does not have a way of heavily enforcing the rules laid out for the team, although it is recommended that the athletes do not consume alcohol prior to working out.

“The coach encourages us not to drink the night before practice and theoretically not often at all during the season,” Mary said. “But there has never been a no-drinking-at-all policy.”

Despite athletes believing that alcohol does not affect how they play, studies have shown that it has lasting consequences for the body.

“Alcohol abuse is at least as prevalent in the athletic community as it is in the general population; in fact, the majority of athletes have begun drinking by the end of high school,” the University Health Center at the University of Georgia wrote in an online article. “Both male and female college [student athletes] have higher rates of binge drinking than non-athletes, and drinking five or more drinks on any one occasion affects the brain and body for several days.”

After working out, it is essential to sleep in order for muscle building to occur. According to the McDonald Center for Student Well-Being at the University of Notre Dame, alcohol deprives ones’ body of human growth hormone (HGH) because it negatively impacts sleep patterns. HGH enables muscles to build and repair by telling the body that its muscles need to grow stronger and bigger; alcohol consumption can decrease the secretion of HGH by up to 70%. Similarly, the presence of alcohol in the body triggers the production of a substance in your liver that is directly toxic to testosterone, a necessary hormone in the muscular development and recovery process.

Regardless of the mounting information discouraging athletes and high schoolers alike to drink alcohol or use drugs, it is unlikely that teenagers are going to stop using substances. For athletes who are used to a routine of using substances, the choice that ultimately has to be made is whether they want to overlook the physical deterrents of alcohol or if they put a higher price on their athletic performance. 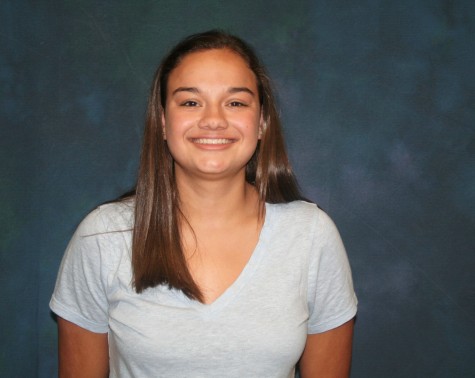