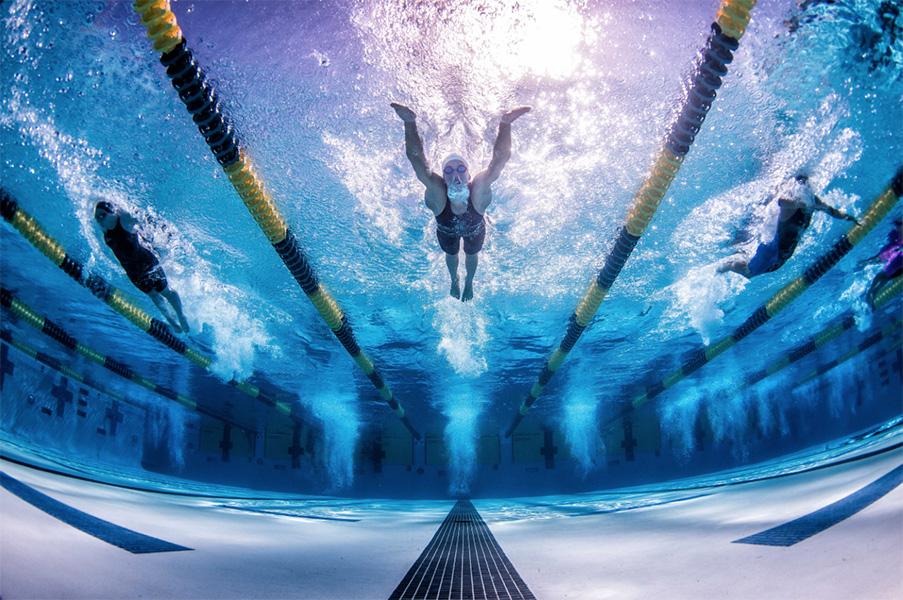 Two golds, one silver and one bronze are the medals that USA Olympic swimmer Maya Dirado took home from Rio this year.

Her first name is actually Madeline, however, her older sister who couldn’t say Madeline started calling her Maya and it has stuck ever since.

Dirado started her swimming career when her parents signed her up for swim team at six years old, and was surprisingly reluctant at first.

“I did not like it at first but they made me keep going to practice,” Dirado said.

Swimming was not the only sport Dirado played in her childhood. In addition to swimming, she played soccer for six years as well as track for a year in middle school, but eventually chose to pursue a career in swimming.

“I was just much better at swimming than any other sport and I started to enjoy it more when I got more competitive at it,” she said.

Dirado went on to swim at Stanford University from 2010 to 2014 and she was named Pac-12 Swimmer of the year when she was a senior.

As a child, Dirado had never dreamed of being in the Olympics. In fact, it wasn’t until two years before Rio that she realized that she could realistically be an Olympic swimmer.

“I actually never thought I would be in the Olympics,” Dirado said. It was in 2014 when she thought to herself, “oh I have a real possibility in being able to make it”.

“I [was] in the race for gold and I actually didn’t even know how close I was and I honestly wasn’t that close until the last maybe two meters… I tried as hard as I could and you know, [did] everything I normally do,” Dirado said. “It still seems like it was a blur…but [I mostly felt] just pride and joy. It was funny because I hadn’t expected to win gold.”

Many emotions were linked to representing Team USA for Dirado, and being a part of any Olympic team comes with a lot of respect from the other athletes.

“[Representing the U.S.] is a joy. We have a ton of fun on the team. We are incredibly close and it’s just a bunch of really good people so you are proud to be on [Team USA] specifically…you’re also proud when you see the…reaction that other countries have. There’s just this level of respect that comes with being on Team USA and a lot of people want to be on [this team]…we are the team to beat so it’s kind of cool when you are walking around…you’re at the pool and you see the respect that other countries have and a little bit of fear honestly too. So that kind of helps you feel excited because we are already incredibly proud to be on the team we love…other people really respect what you’ve done” Dirado said.

Unlike many athletes, Dirado has not yet decided what she will do with the medals she won in Rio.

“My medals are currently in a bag in the basement. I have not done anything ceremonious with them yet, I have to figure out a way to display them,” she explained.

Dirado does not plan on continuing to swim as she will start her job at a business management and consultant company. She thinks that Rio was a perfect way to end her career.

“I am done swimming…I just moved to Atlanta and I start my job at Mckenzie in January so that is a two year thing and then we will re-evaluate if [me and my husband] want to stay in Atlanta or move back to the bay area,” Dirado explained.

Although she won’t be competing in Tokyo for the 2020 Olympics, Dirado plans on attending the games.

“I plan on going to Tokyo to watch, cheer…eat, and have a good time,” Dirado said.

Dirado may be done representing Team USA, but that will never change her competitive spirit and what she has learned from her time at the Olympics.