How football enabled a community to come together after the most destructive fire in California history. 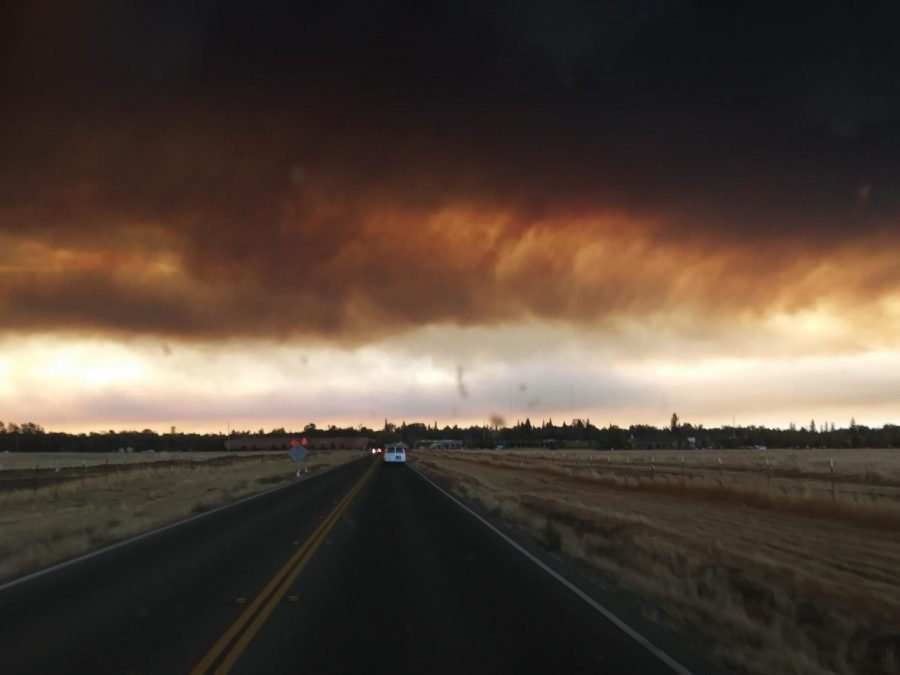 The stadium stood like an oasis amidst a desert of ash and fiery remains. Residents of Paradise began coming in and filling the seats to witness their high school football team link arms and walk to midfield. As the pre-game show began, waves of emotions and memories of the past year flooded back.

On August 23, the Paradise High School football team held their 2019 season home opener. It marked the first time the town had come together since the Camp Fire, which was the deadliest and most destructive wildfire in California history. The Paradise Bobcats proceeded to dominate their opponents on the way to a 42-0 victory.

But the game itself was more of an afterthought on a night where a community tried to regain its identity after losing everything. Roughly 5,000 fans showed up to the game, and for some the game marked their first trip back to Paradise since the fire. Before the game, first responders were honored by being invited onto the field. Players from the 2018 Paradise team whose season was cut short by the disaster even marched to meet them, waving commemorative US firefighting flags to honor those who died. It may seem odd that 11 individuals driving a ball down field can help bring together a community that has been ravaged by a natural disaster, yet this is exactly what football has done for the residents of Paradise.

But this storybook ending for the disaster doesn’t really do justice to the current state of affairs in Paradise. Many families lost their homes to the fire and had to be relocated away from the city. Some were even relocated to towns that are more than an hour away from Paradise, which made the trip back to Paradise a long one. In order to reduce commute times, some of the students stayed with friends during the school week so they didn’t have such a long commute. As a result, the team’s roster shrunk in 2019 from 56 to 35 players, significantly affecting the roster size of the team.

“Rides to practice were always a struggle for me living out in Red Bluff. Depth was huge for us at first but we came together and made it happen,” Julian Ontiveros, a senior on the Paradise football team, said.

Although the fire didn’t directly damage any of the athletic facilities at the high school, the burned remains left by the fire prevented the team from practicing on campus. At first they were riding to a local middle school soccer field after school to practice. The fire damaged the portables, and parts of the school, but stopped before the football field and other sporting facilities.

At the beginning of their summer training, which took place at a donated warehouse near Chico, only 22 students showed up. When practices started again at the school, more people started to come back. Only two weeks before school started, the team was finally able to practice at their high school again. Many slept in the gym overnight in tents and cabins, bringing nothing but a training bag for a pillow and a small blanket.

Looking back roughly 9 months prior, on November 9th, 2018 at 6:33 am, wildfires lit up North California’s Butte Country. The blaze ravaged 150,000 acres of land due to a faulty PG&E electrical transmission line that sparked nearby vegetation just a few miles outside of Paradise. In just two weeks, the inferno destroyed more structures than California’s other seven worst fires combined. In the first 14 hours, the fire had torn through 20,000 acres and rose to 100,000 acres in the next two days. The clear blue sky turned orange as the sun was hidden by the plumes of smoke rising into the air.

The Camp Fire killed 88 people and destroyed structures and communities in its fiery path. Although the fire has now been 100% contained for many months, the people affected by the fire must rebuild. Paradise was one of the towns that suffered the most, with the fire destroying 95% of their community according to The San Francisco Chronicle. Along with houses and businesses, storage rooms containing uniforms and sports equipment burned down.

The effects of the fire were felt even 200 miles south in the Bay Area, specifically at Paly. Due to the hazardous smoke levels, many Paly sports had difficulty scheduling practices. Most of the teams had to squeeze into the indoor facilities. Football practiced in the small gym, the cross country team ran around the big gym, and local swim teams were relocated to the YMCA, which has an indoor pool. Water polo was another sports that suffered from the poor air quality because few indoor pools exist in the Bay Area.

“We went into the dance studio one day and had the trainer give us some exercises and stretches,” Zander Darby (‘21) said. “Our pool time was very limited for the end of the water polo season.”

Teams also faced uncertainty about future playoff and championship games, of which some were relocated or even canceled. After pulling off an upset against Los Altos and winning CCS, the Paly boys water polo team lost the opportunity to go to the CIF State Championships due to the unhealthy air quality.

“It felt like winning a CCS championship was wasted because we didn’t have an opportunity to go to States,” Darby said. “Winning CCS wasn’t as meaningful because we weren’t allowed to play.”

Other sports also ran into trouble with the smoke from the fires. Paly’s cross country team had to move their CCS race to Salinas from Crystal Springs, where the race was originally set to be held. For the same reason, football was forced to move their CCS Quarter-final against Los Gatos. Even hours before the game was set to start, the team was still unsure of if they would play because they were receiving updates telling them that the air quality still wasn’t healthy enough. Despite the setbacks faced by Bay Area sports teams, these challenges pale in comparison to the destruction that affected the athletics programs in Paradise.

With this bigger picture in mind, Menlo-Atherton High School decided to contribute to the reconstruction of Paradise’s athletic programs during the Varsity Football CCS Semi-finals against Paly. Lucas Giarrusso (‘20), a Menlo-Atherton football player, was eating dinner with his family when his mom mentioned Paradise High School. Similar to MA, the Paradise football team also had an 8-2 record: this connection sparked something in Giarrusso.

“They were about to play their first-round playoff game, so were we. They were 8-2 on the season, so were we,” Giarrusso said. “I felt like I was, and could have been, one of those boys. I think that is why I acted on this.”

Giarrusso approached Paul Snow, the MA Athletic director, to pitch his idea to start a fundraiser for the victims, and Snow loved it. From there, they created posters, donation boxes, and asked volunteers to collect money during the games. Before their first playoff game, MA held a moment of silence dedicated to the victims in Paradise. Giarrusso himself even wrote an emotional speech which he gave at the same game.

“They are my brothers from California, and I wanted to show the nation that, in the end, football is family,” Giarrusso said during the interview.

Giarrusso continued to speak at games for the rest of the season. MA made it to the state championship and Giarrusso prepared for his peaking in front of 6,000 people, a player from the opposing team came up to Giarrusso and spoke with him.

“While one team was bound to lose, we all won that day as we fought hand in hand for a bigger cause,” Giarrusso recounted.

With the help of others, Giarrusso was able to surpass his goal of $250 by raising $20,000. While Giarrusso’s story shows the local connection that Mid-Peninsula schools had with the fire, no sum of money would truly reverse the emotional damage caused by the disaster. This is where football helps alleviate the pain associated with losing an entire community.

“Football brought my team, my school and my community closer by allowing us to be with our friends and family again in a place we love so much,” Moon said.

Football has given this town a boost, starting with the first home football game where many had come back to the town for the first time since the fire to watch the game, even with the buildings on all four sides of the field burned down, the field surrounded by stumps. The team, and more importantly the town, was able to come together to enjoy a game under the lights. After the fire ended the Bobcats’ season in 2018 and forced them to forfeit their playoff games, the team looked forward to their upcoming season more than ever.

This craving for football is evidenced by the Bobcats’ performance this season: on November 5th, the Paradise High School football team finished their 2019 regular season undefeated. Their season symbolized the tenacity of the players on the team, as their final win came only a week before the one-year anniversary of the Camp Fire that destroyed their town.

The undefeated (12-0) Bobcats went on to compete on November 31st against Sutter Union High School in the 2019 Northern Section Division Three Football Playoffs. Last year, Paradise was preparing to host a playoff game but had to forfeit due to the fire, ending their season. Paradise lost to Sutter 20-7 this year, but having the opportunity to go out and compete means a lot to a team that had to forfeit their season just a year before.

“Football has always been big in paradise,” Ontiveros said. “It brought us all close and gave us something to look forward to.”

Football is very important within this community, and it is a common feeling among the players that football was key in restoring the livelihood of this community.

“I would say [that] football brought my team, school, and community closer [together] by allowing us to be with our friends and family again in a place that we love so much,” Moon said.

Football is more than just a game or a sport to these boys, it’s giving them an opportunity to keep moving forward.

“In paradise we have a saying, ‘Brothers to the bone,’ and seeing them everyday made me keep coming back,” Ontiveros said. “Football is all I have to look forward to in life right now—it’s kept me happy.”