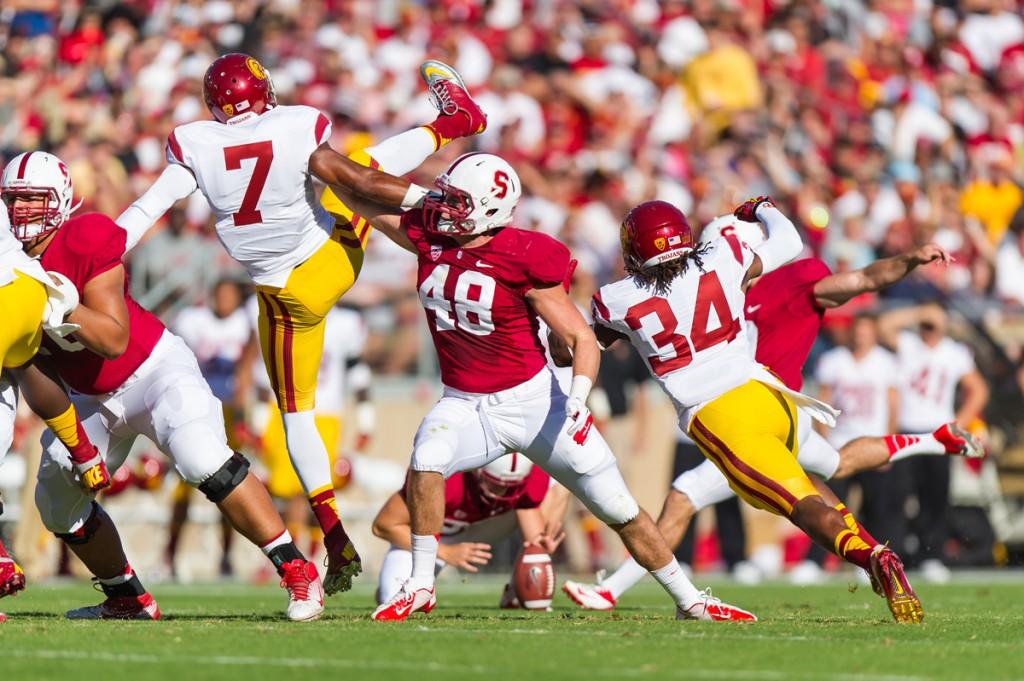 Palo Alto High alumni Kevin Anderson (’11) redshirted his freshman year at Stanford University. Anderson has become a key component in the special teams unit for the Cardinal’s 2012 campaign. He also has made his mark with an increasing amount of playing time on defense as an outside linebacker in the Stanford three-four defensive formation. The linebacker core at Stanford is one of the team’s strengths and Anderson plays behind All American linebacker, Chase Thomas, who is expected to be in the National Football League (NFL) draft at the end on this season.

Following the graduation of Andrew Luck last year and his selection as the number one pick in the NFL draft by the Indianapolis Colts, many believed Stanford Football would quickly go into decline. However, the Cardinal has shown impressive performance this season despite the loss of Luck and many other key players.

On Sept. 15, 2012 at Stanford Stadium against then No. 2 rated University of Southern California (USC), Stanford quarterback Josh Nunes threw for two touchdowns to lead the Cardinal’s to a 21-14 victory. Halfback, Stephan Taylor had two touchdowns 153 rushing yards and 60 receiving.