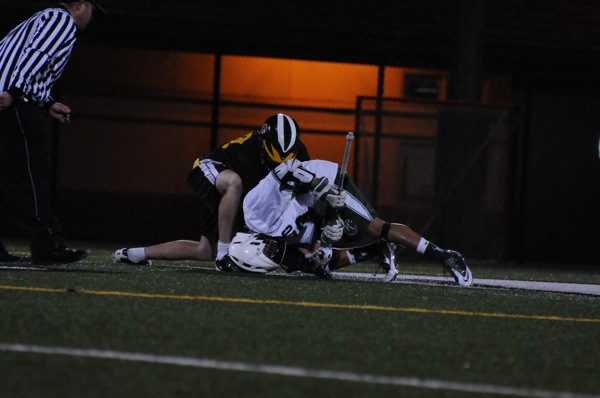 A cold and rainy evening produced some fireworks in a showdown between Palo Alto (4-1, 2-1) and the Mountain View High School Spartans (5-2, 4-0) in a rematch of last year’s Santa Clara Valley Athletic League championship game. This time, the Vikings came up short in another nail-biter, falling by a score of 10-9 to their league rivals on the last play of the game.

“We played well because our talent was there, but it wasn’t as much intensity as we had against University [High School], which we needed against a good team,” goalie Josh Chin (’11) said.

After the Vikings fast start, both teams settled down and the second quarter began with a five minute lull in the scoring. The Spartans added two quick goals to pull ahead 5-4. The Vikings struggled creating chances on the offensive end until Spain brought the Vikings even with his third goal on a long shot from the edge of the box. Spain’s goal sparked a surge from the Vikings right before halftime as Kevin Proceviat (’11) added a goal and John Brunett (’11) beat the clock on a fast break goal off a faceoff win.

“The penalties killed us, we just didn’t have a chance to get anything going,” Proceviat said.

Michael Cullen (’11) and Cooper Levitan (’11) were instrumental in killing the penalties and keeping the Vikings on top through the third quarter, as Cullen intercepted a couple long passes by Mountain View on fast breaks.

The beginning of the fourth quarter was all Mountain View, as the Spartans scored three goals with lightening speed, swinging the momentum to the Spartans’ bench.  Just when Paly seemed ready to fold, Proceviat sparked the Vikings sideline by weaving in and out of the Mountain View defense and banging home a goal to trim the lead to 9-8.  Proceviat finished with four goals on the day.  After the Spartans added another goal with four minutes remaining, the Vikings caught the Spartan defense on a fast break, and Jonny Glazier (’13) dished the ball to Proceviat, who finished off the play, bringing the Vikings within one.  Glazier finished with 3 assists on the day. When the Vikings regained possession with 24 seconds remaining, coach Craig Conover called timeout to set up the final play.

“The plan was for John to bring it up and get double teamed, then pass it off,” Proceviat said.

Brunette carried the ball behind the goal and was quickly double teamed, however he was unable to get rid of the ball before getting checked, and the Spartans promptly cleared the ball and the clock ticked away, as did the Vikings undefeated record.

“It was a good idea, but it just didn’t work out.” Proceviat said. 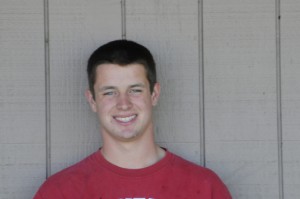 Will Glazier is a senior at Palo Alto High School and is an Editor-in-Chief of The Viking.  He is a sports nut and enjoys playing, watching and coaching...